Fantasy MMORPG games like RuneScape are a great source of entertainment for the masses. There is no shortage of Fantasy and MMORPG games, but finding one that’s actually rewarding as RuneScape might be a hectic job. To cut short the effort, we’ve found some best RuneScape like games for you. If you are in search of good RuneScape alternatives, you should totally check out the list below. Hopefully, the titles mentioned in the list will be of your great interest.

RuneScape is a Fantasy-based Massively Multiplayer Online – Role Playing Game by Jagex. The game was originally released as a Browser-based title but it now offers a non-browser version as well. RuneScape takes you back to the medieval Era and lets you explore the world of Gielinor. As the primary character, the game tasks you to explore, complete a number of Quests, fight off vicious monsters, and collect resources. With a Guinness World Record of most Accounts Created (200M), a Non-Linear Story, Unique Characters, NPCs, magical Quests, Social Networking, and an immersive Gameplay, RuneScape is a marvelous title among all the best Fantasy MMORPGs currently ranking on top.

If you are a diehard fan of MMORPG games like RuneScape and you want to try out some immersive titles with a similar experience, you should definitely play the games listed below. All of these games are packed with similar elements as RuneScape. However, they can differ on the basis of their stories, play styles and mechanics. They’ll absolutely make a good addition to your RuneScape like games collections. Let’s have a look at some of the coolest games like RuneScape. 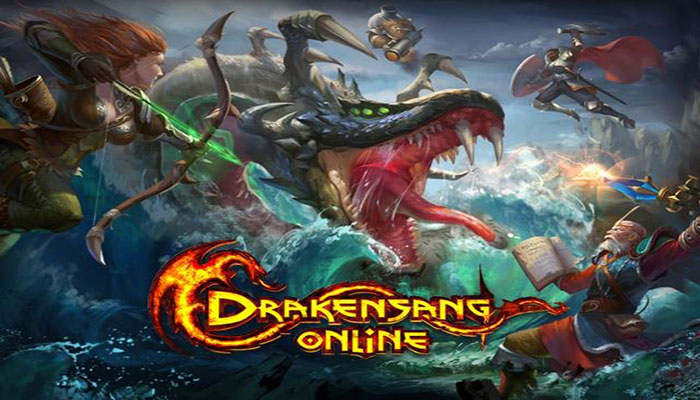 First and the classiest title on our list of games like RuneScape is none other than the remarkable Drakensang Online. This incredible game is a Browser-based MMORPG marvel by Bigpoint Games. The game draws a heavy inspiration from the Diablo series games and lets you enjoy a Hack and Slash type gameplay. With all the variety of different core elements and plenty of room for the gameplay, Drakensang Online offers an in-depth approach to Multiplayer Online gaming. It lets you take the battle to medieval era setting where you’ll have to slay the monsters in order to save the world. After the abduction of the prince, an ancient dragon is about to unleash its wrath upon the poor souls. You are their only hope of survival.

Drakensang Online offers four character classes such as Mages, Rangers, Dwarves, and Knights. You can choose your character from anyone of these classes. Each class has the characters with their own specific qualities and skills. Exploration is the core element of Drakensang Online. You are free to explore the world, interact with NPCs, complete various challenging quests, collect epic loots from the dungeons. Furthermore, you can create your own guilds or you can be part of your online friend’s guild and enjoy the adventures together. All the hardcore fans of Hack and Slash aesthetic would love this game, and if you are one of them, you should definitely try it out.