Last week, we reported that after getting a lot of feedback from fans, Niantic finally decided to roll out an important update for their augmented reality title, Pokemon Go. The update was released for both Android and iOS and it improved various sections of the game. It also brought back one of the most important features of the game, the tracking system. However, one thing players didn’t notice is that they can now change their trainer’s nickname in the game.

Yes, that’s right. Niantic kind of secretly added this feature in the game through the update. Previously, if any player wanted to change the nickname of their trainer in Pokemon Go, they had to contact Niantic’s customer support team. Even after contacting them, there was no surety whether your request would be accepted or not. But now, you can change the nickname of your trainer in Pokemon Go without contacting them. 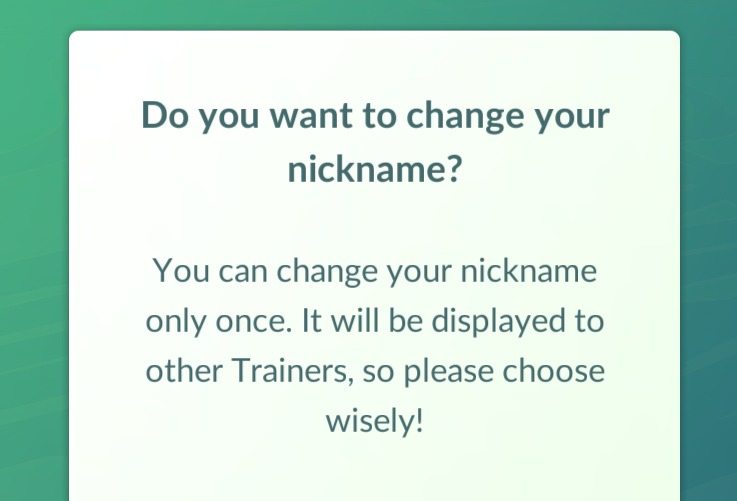 How to change the nickname of your trainer in Pokemon Go

After you successfully do this, you will get a confirmation message that your nickname has been changed.

Pokemon Go was released on July 6, 2016 for Android and iOS. Recently, Niantic started issuing soft bans for users who were using cheats in Pokemon Go. Also, here is when Legendary Pokemon will arrive in Pokemon Go.