Nokia has confirmed that it will be releasing 3 to 4 new products by the end of this year. The acquisition of Nokia’s mobile division by Microsoft in 2014 did not allow the Finnish company to release smartphones with Nokia branding. However, now that the deal period is over Nokia is all set to penetrate the smartphone market again.

Nokia China President Mike Wang has officially confirmed to a Chinese publication, The Paper, that Nokia will be releasing smartphones and tablets in the fourth quarter of 2016.

As mentioned above, the Microsoft-Nokia deal restricted later to use the branding by the last quarter of 2016. Now that the company has officially confirmed its comeback, it seems that it is quite keen in making the lost ground. 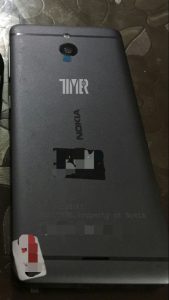 Both the smartphones are expected to sport similar specs. However, one will be a smaller device with a 5.2-inch screen and the other will be coming with a 5.5-inch display. Both the devices are expected to support Quad HD resolution of 2560 x 1440 pixels.

The Nokia Android 2016 smartphones will be fueled by Snapdragon 820 chipset. Both the phones will be blessed with IP68 certified body that will provide water and dust resistance.

These handsets will come preinstalled with Android 7.0 Nougat OS that will be overlaid with Nokia Z launcher. The larger model is expected to be priced around $500. This variant is speculated to house a 22.6-megapixel camera.

Nokia will not be manufacturing the upcoming devices at its older manufacturing plant. The phones will be built by HMD Global, a Finland based company. Nokia has given exclusive rights to the HMD Global to build Nokia branded devices for the next 10 years.