A few days ago, we reported that Gionee has a secret manufacturing of S5.1 Pro (code-named GN9007), news that has now been officially confirmed (via). The new phone brings higher resolution cameras, a better GPU, more RAM, a larger screen and a microSD slot. However, to our surprise, the Elife moniker is missing from the Gionee S5.1 Pro.

The S5.1 Pro is equipped with a 5-inch 720p AMOLED screen with 2.5D Gorilla Glass 4, and is powered by the MediaTek MT6753 SoC. The chipset has a 1.3GHz octa-core Cortex A53 processor, along with Mali-720MP3 GPU and 2 GB of RAM. In addition, the phone is compatible with LTE Cat.4 connectivity.

Other specs include an 8MP front-facing shooter, a 13MP back camera, 16 GB of expandable storage, and a 2,400 mAh battery. The S5.1 Pro is only 6.35mm thick and weighs 129 grams. Like its forerunner, the Pro variant relies on a double glass layout pasted with an alloy frame, making it look quite impressive. 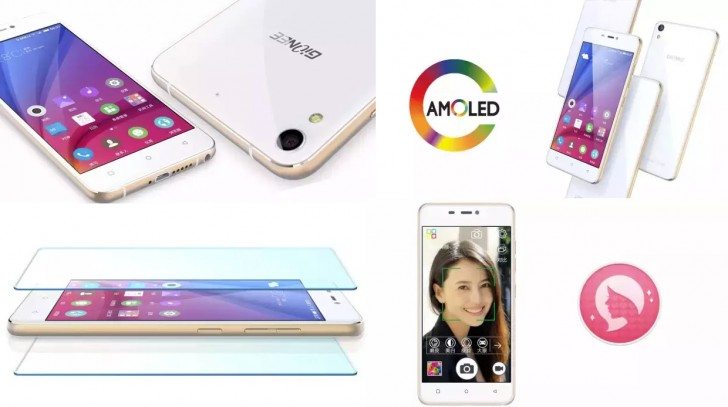 The Gionee S5.1 Pro comes with dual SIM support and runs on the most up-to-date Android 5.1 Lollipop, skinned with Amigo 3.0 launcher. The phone will be offered in white with a gold frame, and will be available in China at the price of $300 (approx). So far, there is no information about its worldwide availability.