We are a few months away from the official announcement of Galaxy Note 8 and the rumor mill has started spilling information on the Galaxy Note 7’s successor.  A video along with a couple of photos of a dummy unit of Galaxy Note 8 had surfaced on Weibo, the Chinese microblogging site. Even though the video has been taken down, we managed to see it before it was removed. 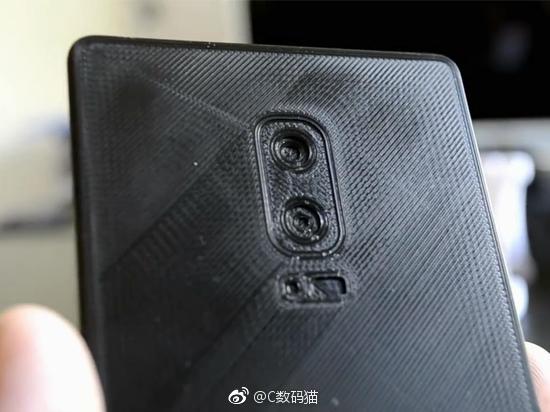 As it can be seen in the above, the Galaxy Note 8 dummy unit has a 3D print design. The Chinese source claims that even the real Galaxy Note 8 would be coming with the same design. Another noticeable feature of the Galaxy Note 8 is its vertically stacked dual rear camera setup. However, the Note 8 will not be the first Samsung phone to feature dual rear cameras. Rumors have it that the upcoming Samsung Galaxy C10 powered with Snapdragon 660 will be the first smartphone from the company to feature twin rear cameras.

Leaked information has revealed that the Galaxy Note 8’s dual camera setup will be having a 12-megapixel wide-angle lens that will carry support for the dual photodiode and a 13-megapixel telephoto lens. The rear camera would support features like dual OIS and 3X optical zoom coupled with a dual-LED flash. Ming Chi-Kuo, a KGI Securities analyst has said that Galaxy Note 8’s dual camera will be better than that of the iPhone 7 Plus. 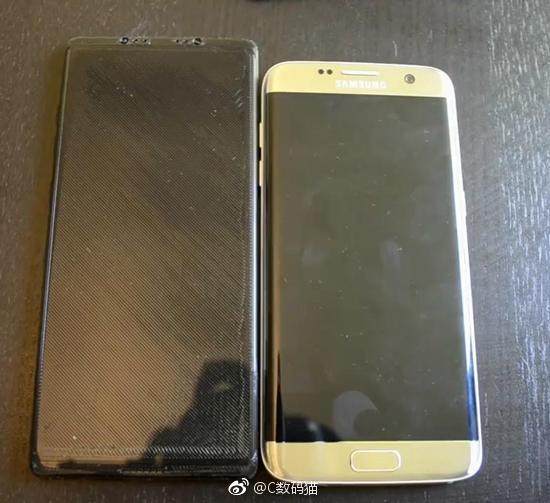 As far as the screen of the Galaxy Note 8 is concerned, since it features a larger screen than the Galaxy S6 Edge Plus with 5.7-inch display placed beside it, it is likely to come with a massive screen. Rumors have it that it will be arriving with a 6.3-inch dual-edge curved screen that will support Quad HD+ resolution of 2,960 x 1,440 pixels. It will also offer an aspect ratio of 18.5:9.

The selfie camera and the iris recognition sensor can be seen above the display. The volume up and down buttons are present on the left side of the phablet and the same side also features a dedicated key for launching Bixby voice assistant. The right side of the Note 8 features a Power button. 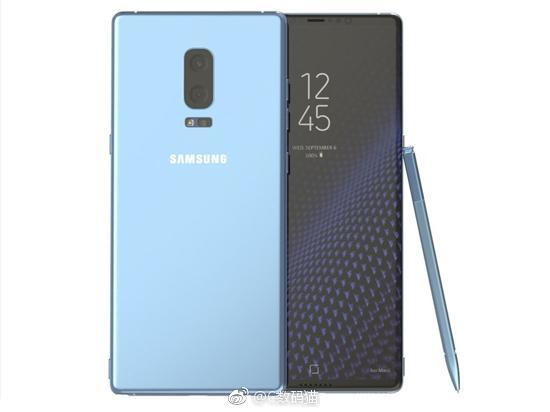 The above image shows the alleged Coral Blue edition of Galaxy Note 8 along with S-Pen stylus. The design of the Galaxy Note 8 does not appear very different from its predecessor. Just as Galaxy S8 duo came in two CPU variants for different markets, the Note 8 is also expected to arrive in Snapdragon 835 and Exynos 9810 chipset editions. It is pegged to house a 3,700 mAh battery. The phablet is rumored to get announced in August or through the IFA 2017 event in September.