Microsoft Excel – a spreadsheet developed by Microsoft for Windows, macOS, Android, and iOS – features calculation, graphing tools, pivot tables and the macro programming language called Visual Basic for Applications. It comes bundled as part of Microsoft Office and can be used to represent data in meaningful ways. One of the most important uses of Excel is to generate graphs, also called charts. If you are new to Excel and do not know how to make a line graph in excel, this post will teach you how to make a line graph with pictures and illustrations. Before we dive into understanding how to make a line graph in excel, let’s understand when exactly we should use line charts/graphs. 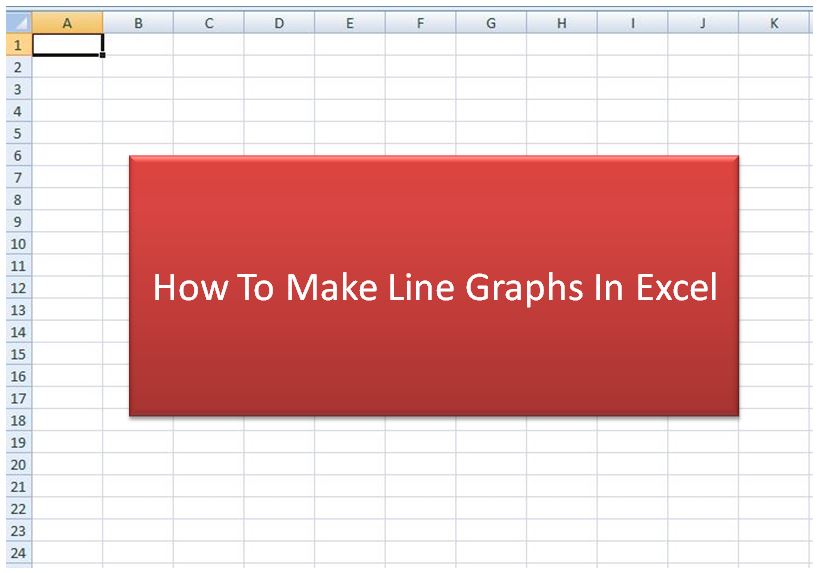 What Is Line Chart / Line Graph in Excel

A line chart or a line graph is basically a type of chart which displays information as a series of points connected by straight line segments. Line charts come in handy when you have to visualize a trend in data over intervals of time. The time is often represented chronologically on the x-axis.

If you have any data that varies over time and you know the intervals of time and the corresponding value of data at those instants in time, you can easily plot a line chart for the data. Let’s now take a look at how to make a line a line graph in excel. Follow the steps below.

How to Make a Line Graph in Excel

If you have been thinking about how to make a line graph in Excel, it’s quite difficult to get started without knowing some basic terminologies in Excel. When you start Excel, you will be presented with rows and columns that look like this: 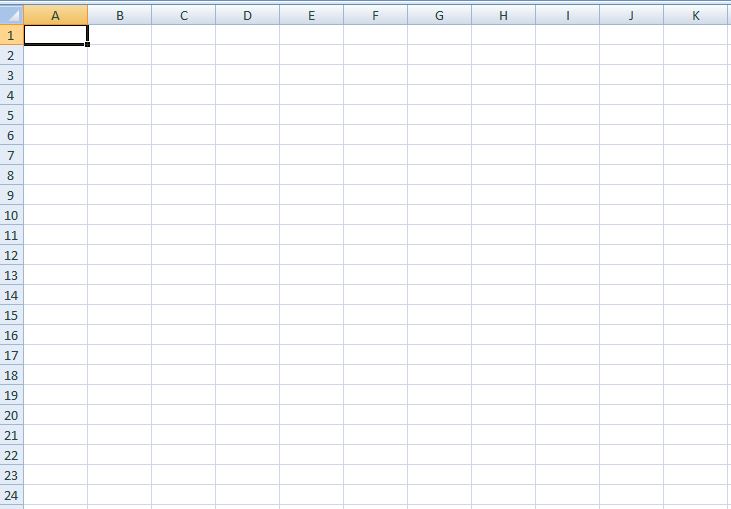 Let’s say we wish to plot a single line graph in Excel. By single line graph we mean a graph for data in two columns – one column corresponding to x-axis and the other column corresponding to y-axis. Let’s say we wish to make a line graph for the number of male students in a college for the years 2010, 2011, 2012, 2013, 2014, 2015 and 2016. If we know the number of males for each of these years, we can enter the data against each of these years. After entering, the sheet looks like this: 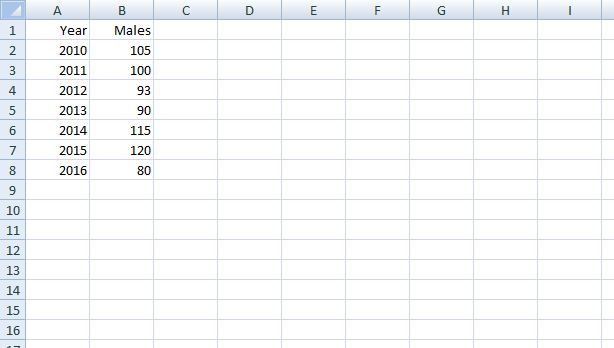 In column B, we have entered the data that will eventually become the x-axis of the line graph we are about to plot. The data for the number of males that has been entered in column B will be represented on the y-axis when we create the line graph. Once you have this data ready, follow these steps – 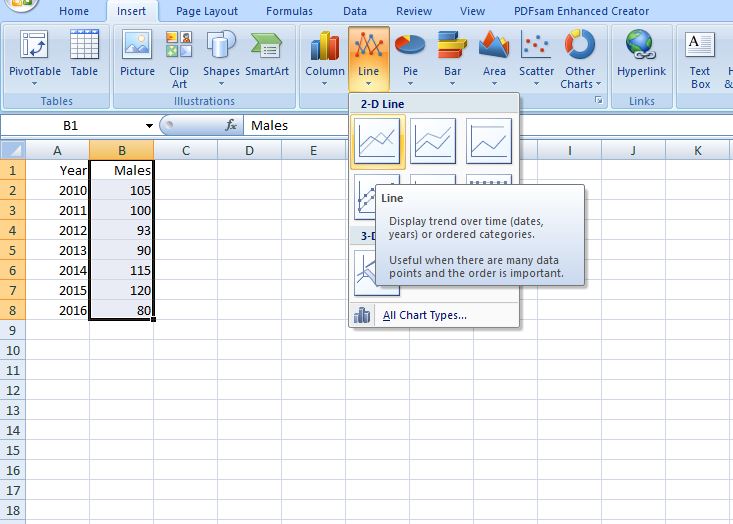 After you select the first type in 2-D line, you will see a graph that looks like this: 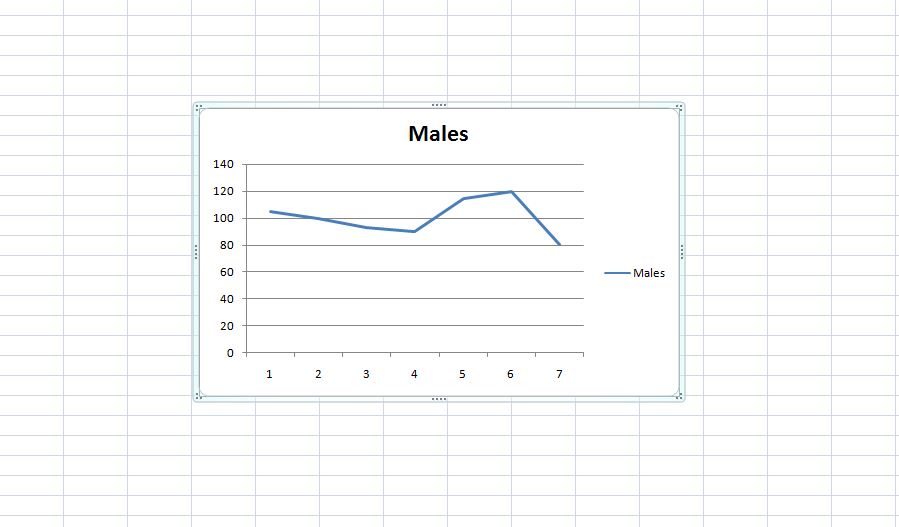 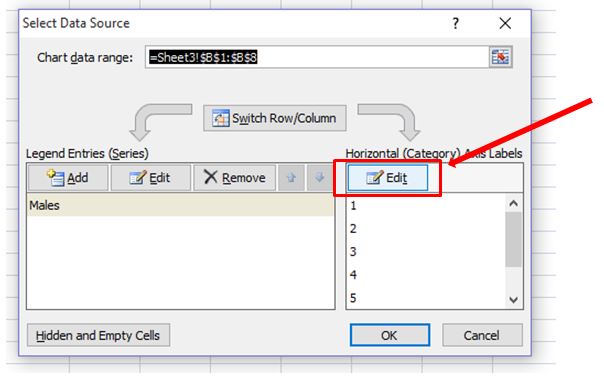 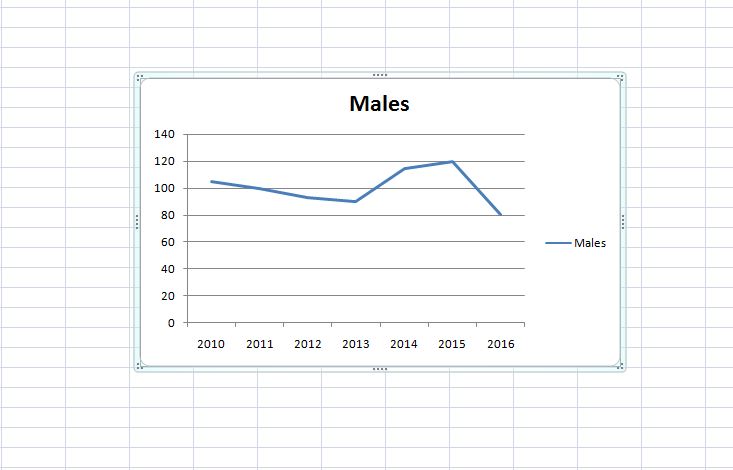 How to Create Multiple Line Graph in Excel

The procedure for creating multiple line graph in Excel is the same as the procedure for creating a line graph in Excel, except that you will now be selecting more than one column when plotting the graph. For example, in addition to the number of males, let’s say we now have one more column that gives information about the number of females in a class corresponding to the years 2010, 2011, 2012, 2013, 2014, 2015 and 2016. The data now looks like this –

Now, instead of selecting only Column B, you will also need to select Column C, followed by Insert →  Line → first type in 2-D Line, as shown below – 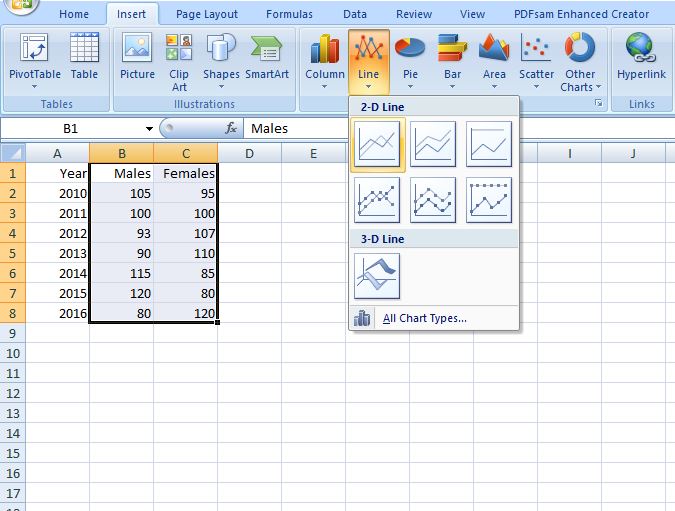 And now, the resulting graph will have the data corresponding to both Males and Females on the y-axis. 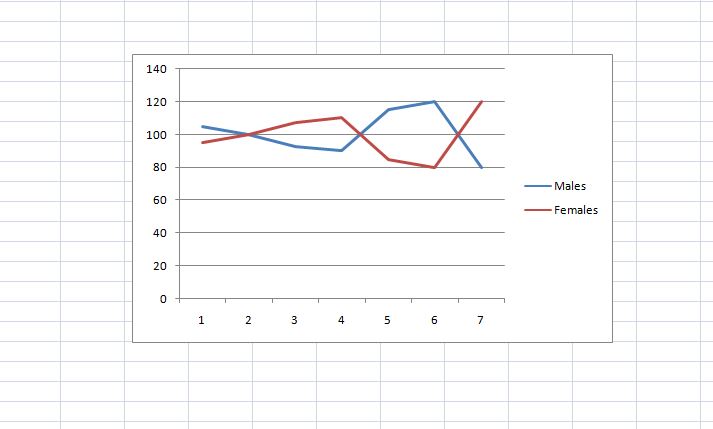 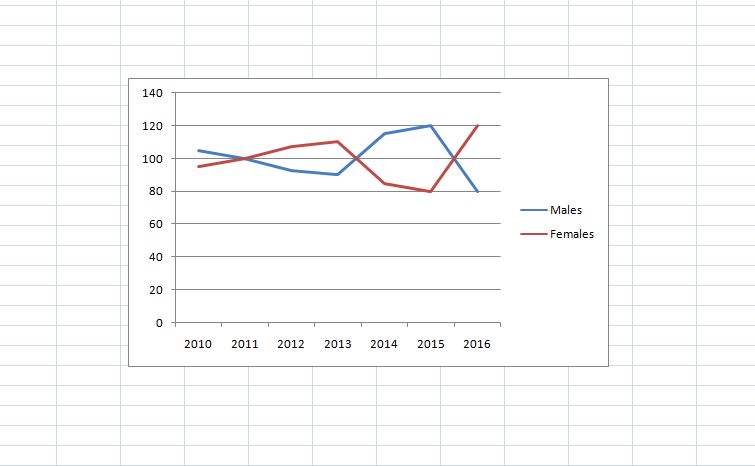 Before we wind up, there’s one important thing you must know – the difference between line graphs and scatter graphs.

Scatter charts are commonly used for displaying and comparing numeric values, such as scientific, statistical, and engineering data. These charts are useful to show the relationships among the numeric values in several data series, and they can plot two groups of numbers as one series of XY coordinates.

If we were to plot a scatter chart for the number of males and females, the procedure is very similar. Except that you will now have to select “Scatter” from the list of graph types, as shown below – 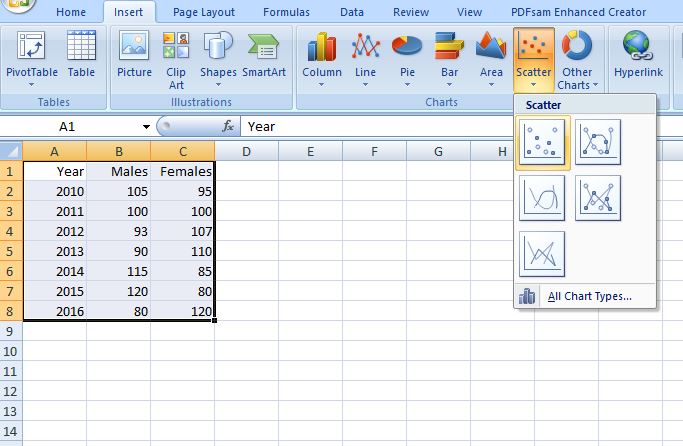 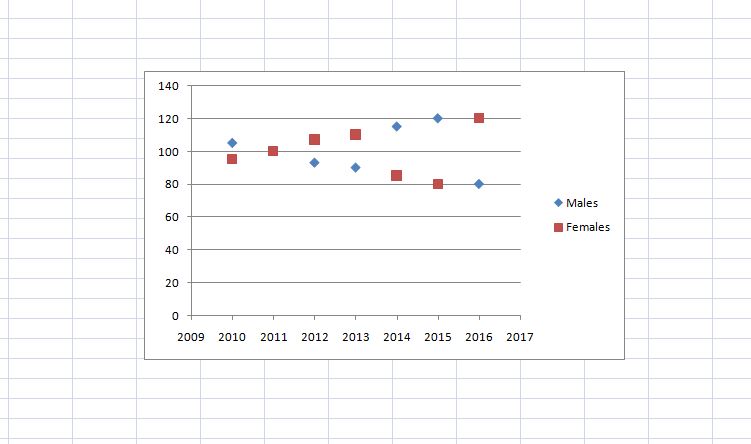 That’s it folks! Hope you now know how to create a line graph in excel. Do let us know if you faced any bottlenecks while plotting line charts or scatter charts in Excel. We’d love to hear from you!

Check Also: How to add Checkmark or Cross Symbol in Word and Excel