Isn’t it strange enough that most of the leaked iPhone 7 images have only shown the rear part of the device? Well, even though it was being expected that the front part of the phone will remain unchanged, the elements can surely be modified. Some new leaked photos have been tipped to us today and show the front side of the iPhone 7. And you will be surprised to know that the upcoming iPhone might have a touch-sensitive home button!

As you can notice in the leaked photos of the White-colored iPhone 7, the lower and upper part of the bezel are narrower now, and the front camera and proximity sensor have been repositioned. But the thing worth noticing is the home button, which seems to have dropped the circular metal ring around it as we saw in the previous iPhone.

Instead, our source tells us that this button is perfectly in level with the rest of the bezel and cannot be pressed in. The button is touch-sensitive and users will have to perform tapping actions for various functions, like tap and hold for Siri, double tap to see the running apps, etc. The Touch ID might be significantly smoother and faster due to this change.

Thanks for the tip, Janvi Media.

Update (17th June 2016): The latest reports coming in from China suggest that Apple is not going to give the iPhone 7 Plus the much-rumored dual-camera setup. It is being said that the company is having technical difficulties with the dual camera fitted inside the device, which is why the feature is being dropped for this year. In case this turns out to be true, then there won’t be anything left in the iPhone 7 to be excited about. Will this result in the iPhone 7 getting poorer sales than the iPhone 6s? Only time will tell.

Update (18th June 2016): Popular tipster OnLeaks has posted on Twitter that the iPhone 7 production has finally started at Pegatron. He also mentioned that this is the 4.7 inches iPhone 7, while the 5.5 inches iPhone 7 Plus/Pro model will not be manufactured at Pegatron. This suggests that the production of the iPhone 7 Plus is yet to start and might be carried out at another factory.

Update (19th June 2016): A new report by Engadget shows leaked images of dual SIM slots that are rumored to be used in the iPhone 7. Leaked by a Chinese mobile repair shop called Rock Fix, these images show the dual SIM slots that he claims that Apple will use in the upcoming iPhone. 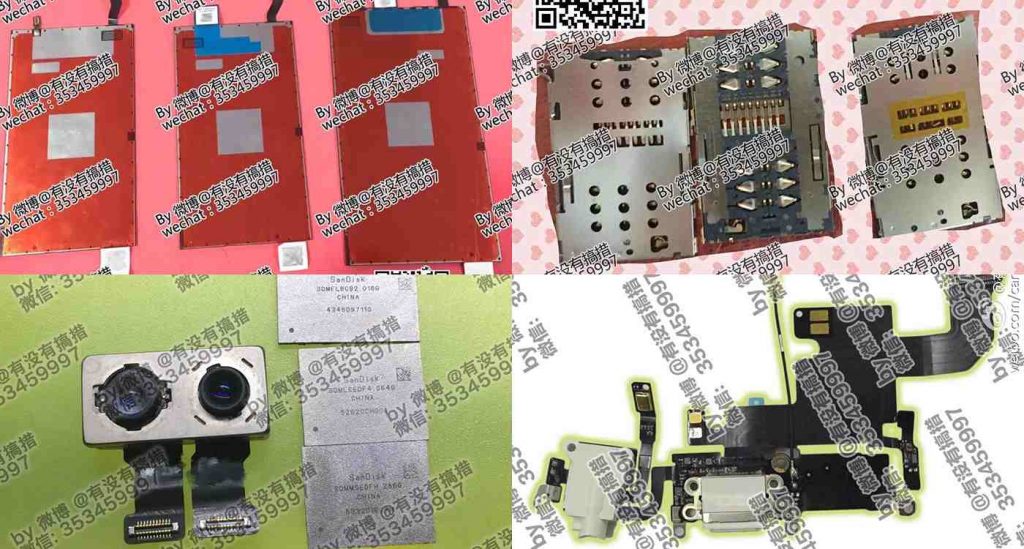 This is going to be the first time Apple will do it, while other manufacturers have already adopted the dual SIM, dual standby feature. Do take the leaked image with a pinch of salt though. A previous rumor said that dual cameras were not coming to iPhone 7 due to technical difficulties, but new reports are claiming that Apple will definitely introduce dual cameras with the iPhone 7. Let’s wait for more leaks before believing in rumors.

Update (21st June 2016): A new report from AppleInsider says that Chinese accessory vendors have started marketing Lightning-to-3.5mm adapters, thus suggesting that Apple is going to remove the 3.5mm headphone jack after all. It is also being said that the iPhone 7 will get the new Lightning-to-3.5mm adapter inside the retail box and the EarPods will be the regular 3.5mm ones to save Apple from spending into a new Lightning EarPods design. Rumors also suggest that the iPhone 7 and iPhone 7 Plus will get a 256GB storage variant.