ZUK Z1 has had its fair share of attention and can be said to be a successful smartphone. The ZUK Z2 is coming out in 2016 and we don’t know any more details about it. The Z2 is also rumored to get the Snapdragon 820 SoC, but that too isn’t official yet. And today, a new set of renders have leaked out on the internet, showing how the ZUK Z2 will actually look like.

If you take a look at the images below, you will notice that the Z2 gets a unique function. It gets a rotating camera module with just one camera sensor, meaning that you can rotate the camera horizontally to make it work as selfie camera as well as the primary rear camera. This is a really nice idea, something similar to what Oppo did with the Oppo N1.

The renders show that the Z2 gets a slim, iPhone-like metal body with curved, well-rounded edges. On the back and the front, the phone seems to get 2.5D curved glass coating. However, no specs have been revealed or suggested by the renders. Though we do know that the Z2, just like the Z1, will get 64GB internal storage.

It is entirely possible that these renders are the result of great imagination by some ZUK fan, so these pictures must be taken with a pinch of salt. 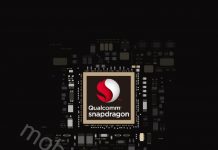 ZUK Z2 With Snapdragon Processor Launching on 31st May