MobiPicker
News ZTE Wrap Elite is new Affordable smartphone in US; Available at Boost...
Share on Facebook
Tweet on Twitter
Deal Alert: 49% Off on ExpressVPN
Touted as #1 VPN in the world, ExpressVPN is now offering 49% off & an additional 3-months of service on its annual plans.

ZTE may have recently released the high-end Axon Pro in USA, but the firm is not done with making less sophisticated cellphones. The most recent in ZTE’s lineup of not-so-great phones is the Warp Elite, which will be available beginning today via Boost Mobile. 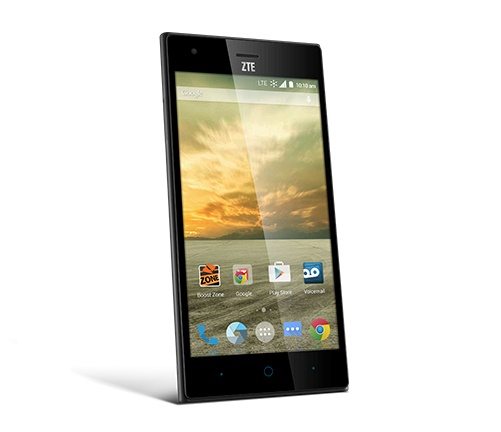 Presented as Boost Mobile’s “most feature-packed smartphone for under $200”, the Warp Elite is a successor to the ZTE Warp Sync from last year. The newest phone sports a 5.5-inch screen with 720 x 1280 pixels, and runs latest Android 5.1 Lollipop out of box. Powered by a quad-core CPU clocked at 1.2 GHz, (unknown chipset), it packs 2GB of RAM, 16GB internal storage, and a 3,000mAh battery. In the camera department, the phone comes with a 5MP front snapper, and a 13MP back-facing camera.

With LTE connectivity, the ZTE Wrap Elite is priced at $179.99 without any contract on Boost Mobile.