MobiPicker
Mobiles Android ZTE Small Fresh 5 Goes Official with Dual Cameras: Specs and Price...
Share on Facebook
Tweet on Twitter
Deal Alert: 49% Off on ExpressVPN
Touted as #1 VPN in the world, ExpressVPN is now offering 49% off & an additional 3-months of service on its annual plans.

It seems dual cameras are the new hot thing in smartphones nowadays. Be it flagship or mid-ranger, companies are trying to showcase their talent this new field. The latest entry in the dual-camera arena is ZTE Small Fresh 5. It’s an odd name, but the OEM is confident enough to launch it in four color variants.

The latest offering from ZTE is powered by Qualcomm Snapdragon 425 with a quad-core CPU. It’s apt for single handed usage with 5-Inch HD screen of 720 x 1280 pixel resolution. It will come in two variants: 3 GB RAM & 16 GB Storage and 4 GB RAM & 32 GB Storage. The handset also supports micro-SD card up to 128 Gigabyte.

The highlighting factor about the Small Fresh 5 is the presence of two cameras on the back with a flash between them. The primary unit is 13 MP one, while the secondary unit houses 2 MP sensor for capturing depth information and allows bokeh effects. As for the selfies, ZTE has included a 5 MP lens on the front. 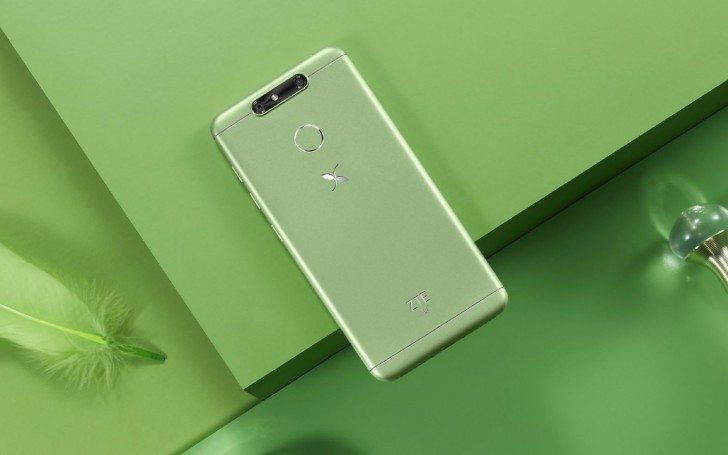 It runs Android 7.1 Nougat with MiFavor UI on top. All this is powered by 2500 mAh battery.

And as far as the design is concerned, the body is mostly metal, but the distinction lies in the colors: Dark Night Gray, Elegant Gold, Glacier Blue, and Green.

The 3 GB RAM variant for Small Fresh 5 will cost CNY999 ($146), while the 4 GB RAM version carries the price tag of CNY1,399 (approximately $204). We are still searching for the availability info and will update the article upon finding.