China’s TENAA is a great source of information for smartphone leaks, and some of the most important details and rumors are confirmed by TENAA listings. Well, another new TENAA leak is here. We have spotted a new ZTE phone on the TENAA website, and it carries the name ZTE N937St, which of course is a codename.

We don’t know about others, but we found that the rear side of the ZTE N937St at the first look resembles the Xiaomi Redmi Note 3 and the Lenovo K5 Note. The placement of the camera, LED flash, and fingerprint sensor is the same, and the similar silver color makes those phones look even similar. But let’s talk about the under-the-hood features of the ZTE phone. 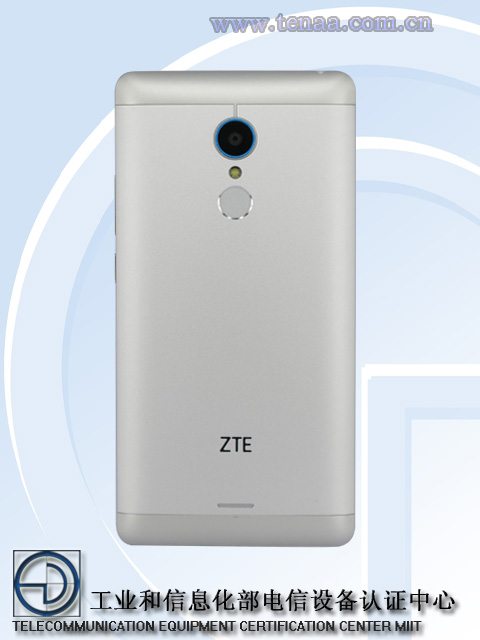 The ZTE N937St carries a 5.5-inch HD screen and is powered by an unknown octa-core processor clocked at 1.5GHz. There’s 2GB of RAM and 16GB of internal storage expandable up to 64GB via microSD card. The phone sports an 8MP CMOS sensor at the back (with 1080p recording) and a 5MP snapper at the front. The phone runs Android 5.1 Lollipop out of the box, and we guess it will come with the Nubia UI on it.

If you look closely at the front side of the ZTE N937St, the company’s signature circular home button is present here in a blue color. Could this be a budget Nubia smartphone? Possible. But nothing more has been heard about this phone, and going by the specs and looks, it is also possible that it might only get released in China. Let’s wait for more news about the phone before jumping onto any conclusions.