Popular Chinese smartphone maker ZTE has launched two of its latest smartphones, ZTE Blade V6 and Axon Mini in India. ZTE had earlier unveiled these devices at the MWC 2016 and now these devices are finally going to hit the store shelves in India. While the Blade V6 is a budget smartphone, the ZTE Axon Mini is targeted for the mid-range audience with some amazing features.

The ZTE Blade V6 sports a 5 inch HD IPS LCD display and is powered by a 64-bit quad-core MediaTek MT6735 SoC coupled with ARM Cortex-A53 GPU and 2GB of RAM. The device offers 16GB of internal storage and packs a modest 2200 mAh battery. It runs on Android 5.0 Lollipop with MiFavor 3.0 UI on top and supports 4G LTE. In the camera department, the Blade V6 sports a 13MP rear shooter with LED flash and f/2.2 aperture. There is a 5MP camera on the front for selfies and video chat. 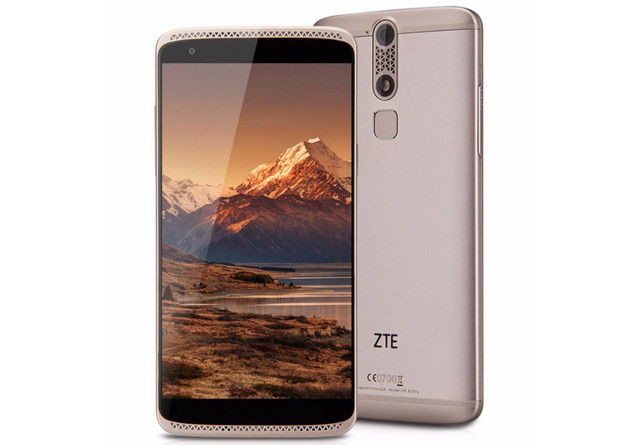 The ZTE Axon Mini, on the other hand, is a more premium device than the Blade V6. It is made up of an aircraft grade aluminum alloy which is used in aircraft like Boeing 787 and offers the much hyped and talked about 3D Force Touch somewhat like the one in apple iPhone 6S. However, the Indian variant of the ZTE Axon Mini lacks this 3D touch. The device sports a 5.2-inch FHD AMOLED display with 424ppi and is powered by a snappy 64-bit octa-core Qualcomm Snapdragon 616 processor coupled with 3GB of RAM. The device offers 32GB of internal storage and packs a larger 2800mAh battery. It sports the same 13MP rear camera, but there is an 8MP shooter on the front instead of a 5MP snapper. It runs on rather an old Android 5.1 Lollipop with MiFavor 3.2 UI on top and an OS upgrade would be much appreciated. Other noteworthy features include an Iris scanner and a fingerprint sensor.

Commenting on the launch, Mr. Cao Kai, CEO, ZTE Device India said, “At ZTE we are deeply committed to bring world-class technology and user-oriented design to the market in India. We believe that there is untapped potential in this market, which makes it a key driver for our Asia Pacific strategy. The launch of this range of phones in India signals the strengthening of our consumer offering in the market. We are sure with its superior design and best in class technology at competitive pricing, it will help ZTE to further cement our place in this burgeoning market.”

The ZTE Blade V6 has been priced Rs. 9,999 while the ZTE Axon Mini carries a somewhat hefty price tag of Rs. 23,599. Both the devices have gone on sale and should be available in popular retail outlets very soon. Stay tuned for more news and updates and don’t forget to drop your comments below.