ZTE didn’t unveil any flagship device at the MWC this year, but it doesn’t mean that ZTE doesn’t intend to do so this year. If reports from GizmoChina are to be believed, then ZTE will soon come up with its flagship device.

The device has been dubbed ZTE A2017 and it will be ZTE’s most powerful phone till date and one can imagine it by the simple fact that the ZTE A2017 scored more than even beasts like Samsung Galaxy S7 and LG G5 on the AnTuTu benchmark. The A2017 scored a stunning 140,086 points on the  AnTuTu benchmark which makes it one of the most powerful smartphones in the world currently. 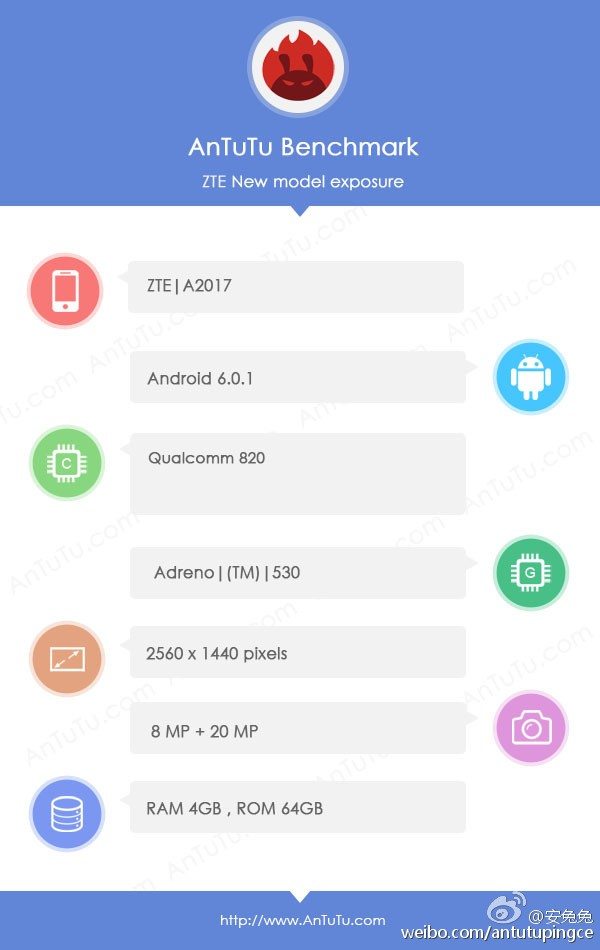 The only device which fared better than the A2017 on the AnTuTu benchmark was the Xiaomi Mi 5, but that’s too only because the Mi 5 sports a lesser FHD (1080p) display. 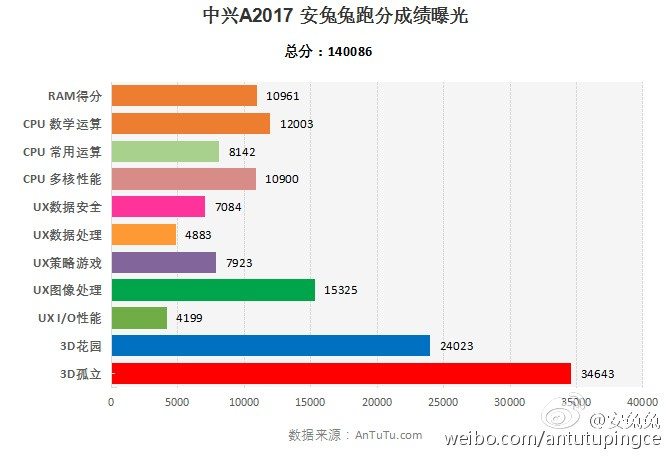 The device will boast a 21MP rear shooter and an 8MP secondary snapper for selfies and video chats. The device will come shipped with Android 6.0.1 Marshmallow right out of the box. We don’t have details on the battery and connectivity options right now, but we’ll get it to you very soon.

The name ‘A2017’ also doesn’t seem final and we hope that ZTE will bring the device with a different name in the market. We’ll keep an eye on this device, till then, stay tuned.