The Mobile World Congress has successfully started at Barcelona and a plethora of phones have already been announced. Joining the bandwagon is none other than the Chinese phone maker, ZTE, with its two new low end mid-rangers. ZTE Blade V7 and ZTE Blade V7 Lite are marketed towards the youngsters and their specifications are similar to that of many other phones in the same category. Let’s take a look at each of them and their specs. 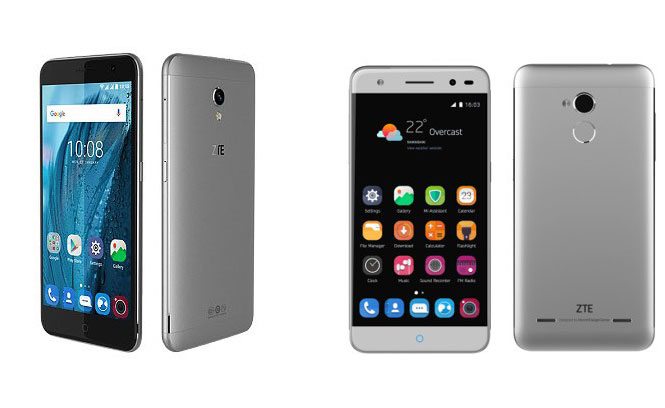 ZTE Blade V7 is the better of the two models and comes with a metallic build made of aluminum. The phone is very thin and measures in at 3.5mm at its thinnest point. It has a 5.2inch display with a full HD resolution, covered with 2.5D glass, and MT6753 octa-core processor from MediaTek. The processor is pretty basic and is not a very powerful one, but can do most of the day to day tasks as well as light to medium gaming with ease. There is the basic 2GB of RAM and 16 GB of internal storage. The battery is pretty low at 2500mAh. At the rear, there is a 13 megapixel camera along with a dual-LED flash. For taking selfies, there is a 5 MP snapper which can use the display as a flash.

ZTE Blade V7 Lite has a 5-inch display with a resolution of 1280×720 pixels. It uses the same aluminum build and the display is covered with 2.5D glass as well. It uses a lighter MT6735P quad-core processor from MediaTek. ZTE Blade V7 Lite has the same 2GB of RAM, 16 GB of expandable storage and a 2500mAh battery. The camera at the rear is an 8 megapixel shooter with LED flash and at the front too, you get an 8 megapixel camera with LED flash. A strange thing is that ZTE has opted for a fingerprint scanner behind the Blade V7 Lite, but not on the Blade V7.

The prices of both the phones have not been revealed yet. They will be available in Germany, Spain, South Africa, Ethiopia, Mexico, Russia and Thailand by the middle of this year.