Since the time ZTE came to the market, it has gone from strength to strength. It’s a phone sporting high-end specifications, at a price which was almost half of that seen on other high end branded devices with almost similar specifications. The ZTE Blade S6 was followed by the ZTE Blade S6 Plus, priced at the mid range-level at US$299.99 (Rs. 18,999 approximately).  Above all you can get this smartphone at a discounted price of US$269.99 (Rs. 17,150) from GEARBEST [Coupon – ZTES6PLUS], which ships the item globally. The other variant in high range for the same is ZTE Blade S6 Lux priced at US$330 (Rs. 20,999 approx.). All of these phones have been a great hit since they are launched. Its initial online-only sales strategy with online retailer Ebay has paid off very well. All in all, it has been a good start year for ZTE.

The Blade series was launched in China in April this year. Now unlike the earlier phones, the ZTE have launched smart phone in price range of US$250 –US$300 – a price point which is on the higher side by ZTE standards. Now let’s check out how the phone fares.

Unlike its predecessors, ZTE has gone with a plastic frame with the Blade S6 Plus which makes it light weight and gives it an elegant look. The rear cover is wrapped in a unibody plastic with curved glass edge for smooth feeling which looks inspired by the design of the iPhone6. There is a small speaker at the back of the body which look like a bump when it’s placed on a flat surface. There aren’t any sharp edges. 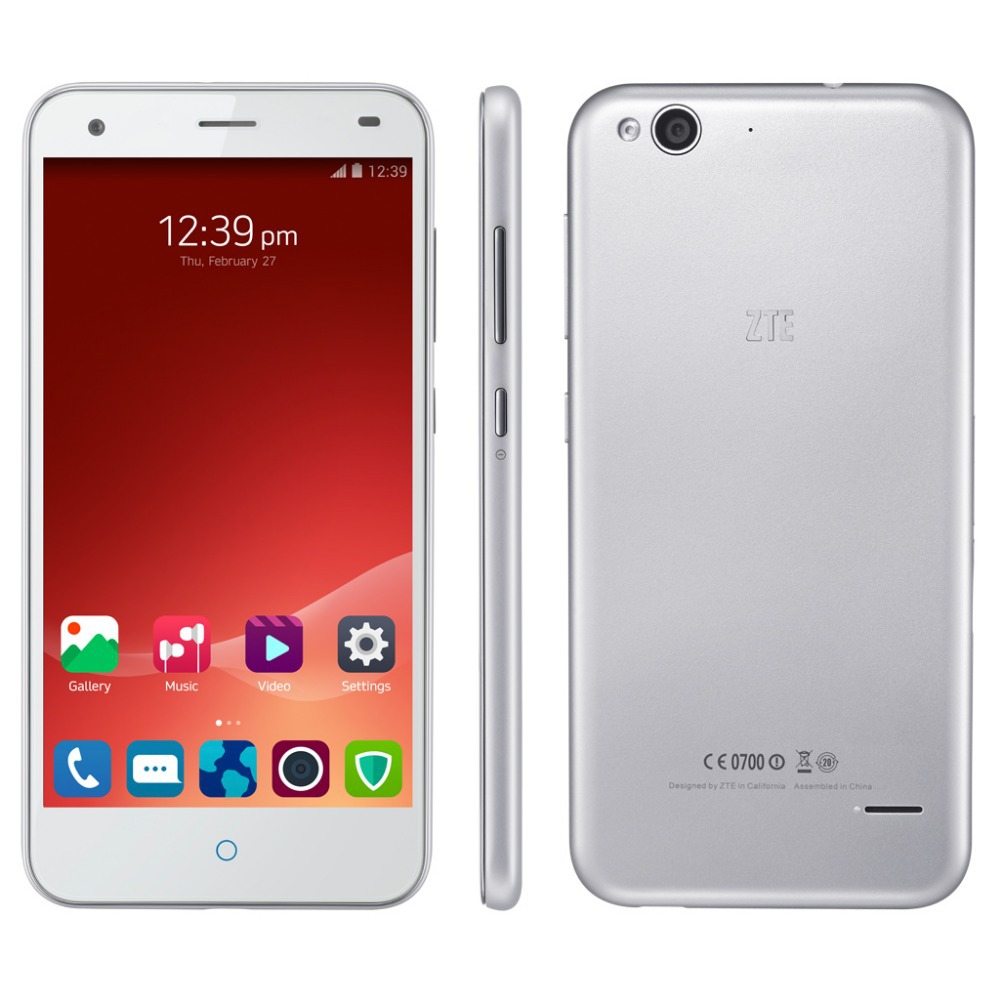 On the top edge, you have a 3.5mm audio jack along with the ear blaster. On the right hand side there are buttons for the volume rocker and power/standby. The dual nano SIM slot is located on the left hand side and it lies along with the micro SD card slot. On the base you have the microUSB charging port. Like iPhone, you need a small pin to pop out micro SD and nano sim. These slots give unfinished feel on the left hand side as they don’t gel well with the device. The front face of the ZTE Blade S6 Plus has a 5.5-inch IPS full HD(1280×720 pixels), 267 ppi display It measures 7.7mm thin, but thanks to the plastic frame, the phone weighs 134 grams. In the smartphones category, it is ok. On the top you have 5MP front facing wide angle selfie camera.  At the base you have an obvious circular button in the centre denoted by a blue ring which acts as an indicator light for notifications or device charging status. There are back and menu keys in form of LED buttons on the left and right hand side respectively. On the rear side you have a 13MP Sony camera with 28 mm wide angle length placed little left of the centre at the top. ZTE logo is placed neatly on the upper centre rear side.

The ZTE Blade S6 Plus ups the ante as far as the internal specifications are concerned. It houses a Qualcomm Snapdragon 615 which has a 1.5GHz processor along with an Adreno 405 GPU. This makes Blade S6 Plus fast and responsive enough. It is supported by 2GB RAM along with 16GB storage space with a provision to add on a 32 GB via microSD card. The internal storage is partitioned into segments of 7.83GB which is used for media and data; 3.87GB storage partition for apps installation leaving 4.29GB for system storage. However the apps can be moved to phone storage area but cannot be moved to SD Card.

There is a 5.5-inch full HD IPS display which takes the pixel density to 267 ppi which is less as compared to other recent launches in similar Smartphone category. The ZTE Blade S6 Plus runs on the Android 5.0 Lollipop OS.