The ZTE Blade S6 has got an upgrade that adds iris scanning abilities to the cellphone. A fresh attribute called Sky Eye, which was unavailable for the handset from box, is the primary reason for this 25.40MB upgrade. With the Sky Eye, you may use the identifying patterns of the iris in your eye to unlock the phone. 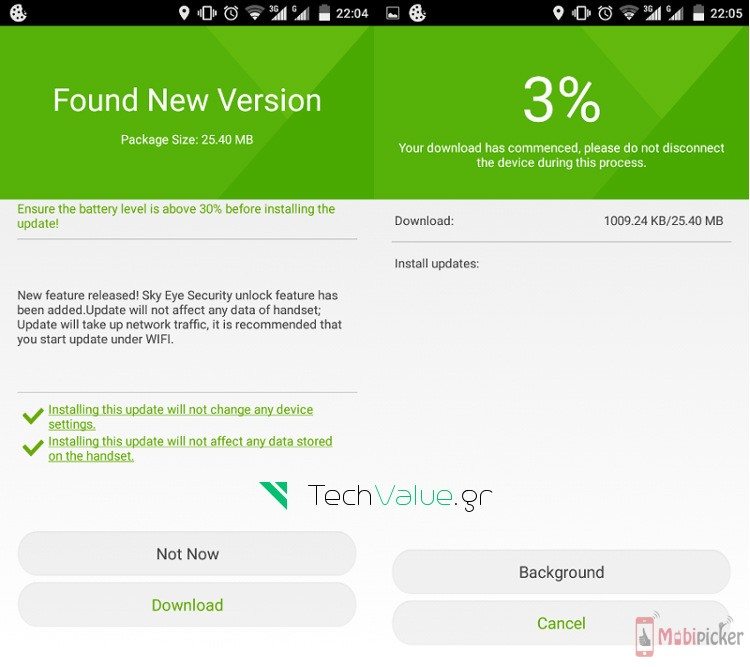 ZTE advises to clean cache memory on your Blade S6 before you start installing the new software update, or the attribute won’t install correctly. Additionally, ZTE proposes you to charge your device 30% at least and to be on a Wi-Fi network before beginning the upgrading procedure.

While we haven’t seen any ways on how Sky Eye functions, we’d envision that the front-facing camera is used for the function.

For those are not aware, the ZTE Blade S6 comes with a 5-inch 720p resolution display with a pixel density of 294ppi. It is powered by a Snapdragon 615 chipset with an octa-core processor clocking at the maximum speed of 1.7GHz. Other features include a 2GB of RAM, 16GB of expandable internal storage, a 13 megapixel rear snapper, a 5 megapixel front shooter, and a 2,400mAh battery. The Blade S6 runs Android 5.0 with MiFavor 3.0 UI on top.