Recently, ZTE released a new line of smartphones with attractive specs at an affordable cost. The series is consists of the ZTE Axon and its variants, including the Axon Pro and the Axon Lux. However, it seems like ZTE felt that was insufficient, as it just unwrapped a brand new version of Axon, the ZTE Axon Elite. It is another high spec’d device, though not up to the marks of the Axon Pro and Lux. 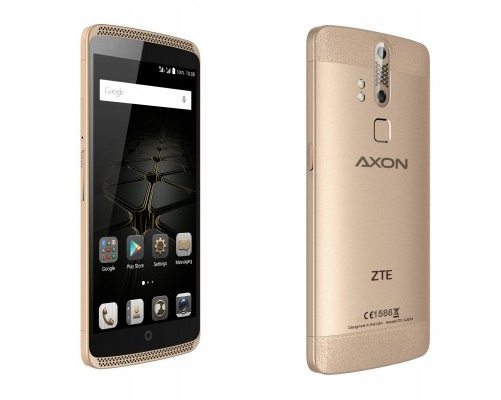 Among the highlights of the Axon Elite is its bio-metric verification that unlocks the smartphone. It also has voice control and and eye-scan.

Equipped with a 5.5-inch Full HD LCD screen with a 2.5D glass, the Axon Elite packs the high-end Snapdragon 810 chipset and is supported by 3GB of LPDDR4 RAM. There is a dual-camera set-up on the back, consisting of a 13MP and a 2MP lens, while an 8MP wide-angle unit at the front takes the selfies. It features 32GB of built-in storage, that is further expandable with a microSD card slot. Facilitated with quick-charge, a 3,000mAh battery seems more than enough to keep the device breathing.

The Axon Elite will soon be presented at the booth of ZTE at IFA 2015. When it comes to availability, ZTE says the Axon Elite is going to be available in numerous markets around the world. First, it is going to appear in Germany, France, Italy, UK, and Spain on September 24th, where it will be priced at 420 EUR. Later, it will be released in Mexico, Turkey, Singapore, Russia, Thailand, Malaysia, Hong Kong, and the Philippines.