MobiPicker
News ZTE Blade A1 Announced, Costs $100 With Fingerprint Scanner
Share on Facebook
Tweet on Twitter
Deal Alert: 49% Off on ExpressVPN
Touted as #1 VPN in the world, ExpressVPN is now offering 49% off & an additional 3-months of service on its annual plans.

Chinese firm ZTE has beaten its contenders with the price point of its most recent release. The Shenzen based MNC has announced the cheapest smartphone with fingerprint scanner and has named it Blade A1. Costing around just 599 CNY ($94 approx) in China, people would never have expected a fingerprint scanner at this price range. ZTE claims the fingerprint scanner to unlock the device at just 0.3s which should be pretty quick. 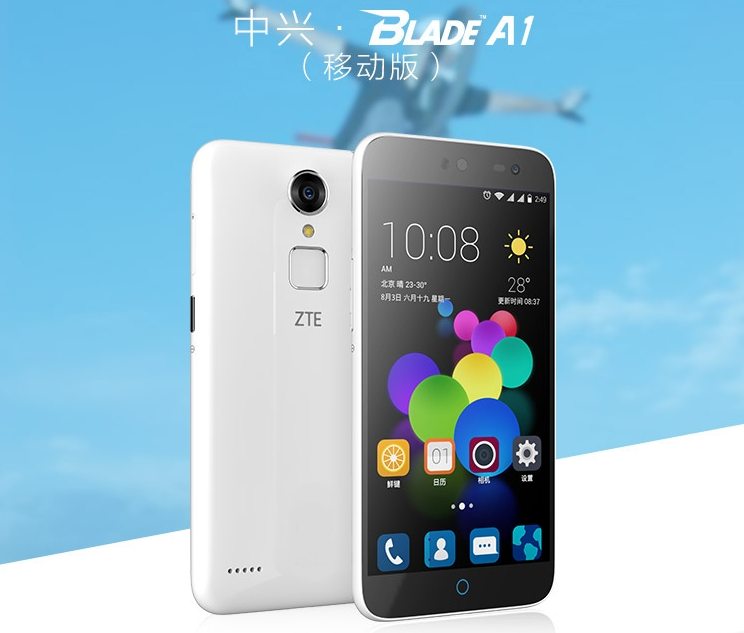 The Blade A1 offers a plastic body, which is however fine at this price. For the specs, the smartphone comes with a 5-inch 720p IPS LCD display. It has under its hood a quad-core MediaTek MT6735 processor clocked at 1.3 GHz. Packed along with 2GB RAM, it has got 16 GB of expandable storage space. The A1 has 13MP rear camera along with an 8MP front camera for those fine selfies. Powered by a 2800 mAh battery the device will last for a pretty long time. The handset runs ZTE-modded Android Lollipop out of the box. ZTE has not yet confirmed about the Android v6.0 upgrade for the device.

As of now, ZTE will shortly be up for sale only in China on popular e-store JD.com. Reservations have already been started for the much anticipated smartphone. There are chances that ZTE will release handset outside China, and if it does, price will be increased by small margins. However this won’t take the ‘cheapest’ tag off the smarphone.