Zopo, a relatively lesser known smartphone brand has posted some tweets revealing its plan to launch a new flagship at the MWC 2016. Zopo was founded in Shenzhen, China in 2012 but has made its way through a competitive smartphone market and has brought us some interesting offers in the past, and just like the Zopo Touch that made its debut at MWC 2015, the new Zopo Speed 8 handset is expected to be a surprise show stealer.

Today ZOPO has tweeted about its invitation to the unveiling of their new flagship, which is scheduled to take place at the Barcelona venue on February 24 at 10:30 AM. The poster tweeted by Zopo featured MotoGP World Champion Jorge Lorenzo, that might be a very good technique to attract people to Zopo’s booth.

However, nothing has been talked and shared about the all new Zopo Speed 8 and its specs but based on rumours we can speculate a few things about the smartphone. Speed 8 might be powered by Mediatek’s powerful Helio X20 SoC, if this happens to be true then it will become one of the first devices on the market to experiment with the deca-core setup. Other alleged features include 4GB of RAM, a 2K display and a fingerprint scanner (which may be placed on rear-side).

Remember folks these are only speculations nothing has been confirmed yet so we will have to wait for sometimes until an official statement from Zopo corroborates our story.

Stay tuned for more updates on gadgets and devices and don’t forget to enrich us by dropping your queries and opinions in the comment box. 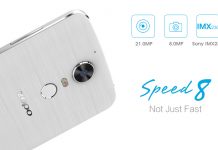 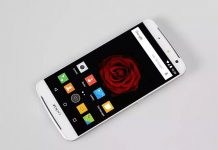 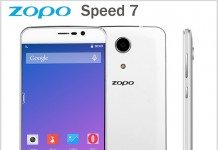