ZOPO is another Chinese smartphone manufacturing company that released its feature-rich main smartphones – the Speed 7, and the Speed 7 Plus, in Shanghai at MWC15. As a way to market the brand in international markets, ZOPO has signed up two-time Moto GP World Champion Jorge Lorenzo. 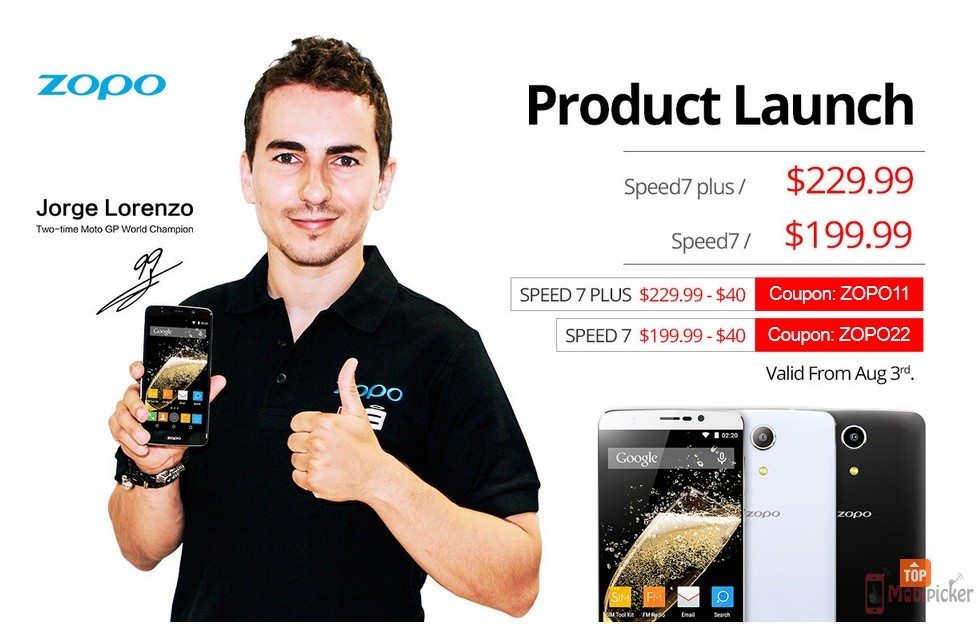 Everbuying, an online retailer, is running a discount offer on both the smartphones. The retail price of Speed 7 is $199, while the Plus version is priced at $229. However, on the product launch offer, it is possible to grab these handsets at a discount of $40 by applying coupon code ZOPO22 for Speed 7, and ZOPO11 for Speed 7 Plus. After applying the coupon successfully, the ZOPO Speed 7 will be available at $159.99, while the Plus will set you back at $189.99. The discount coupons are valid starting today i.e. August 3rd from Everbuying only.

ZOPO Speed 7 and Speed 7 Plus Specifications 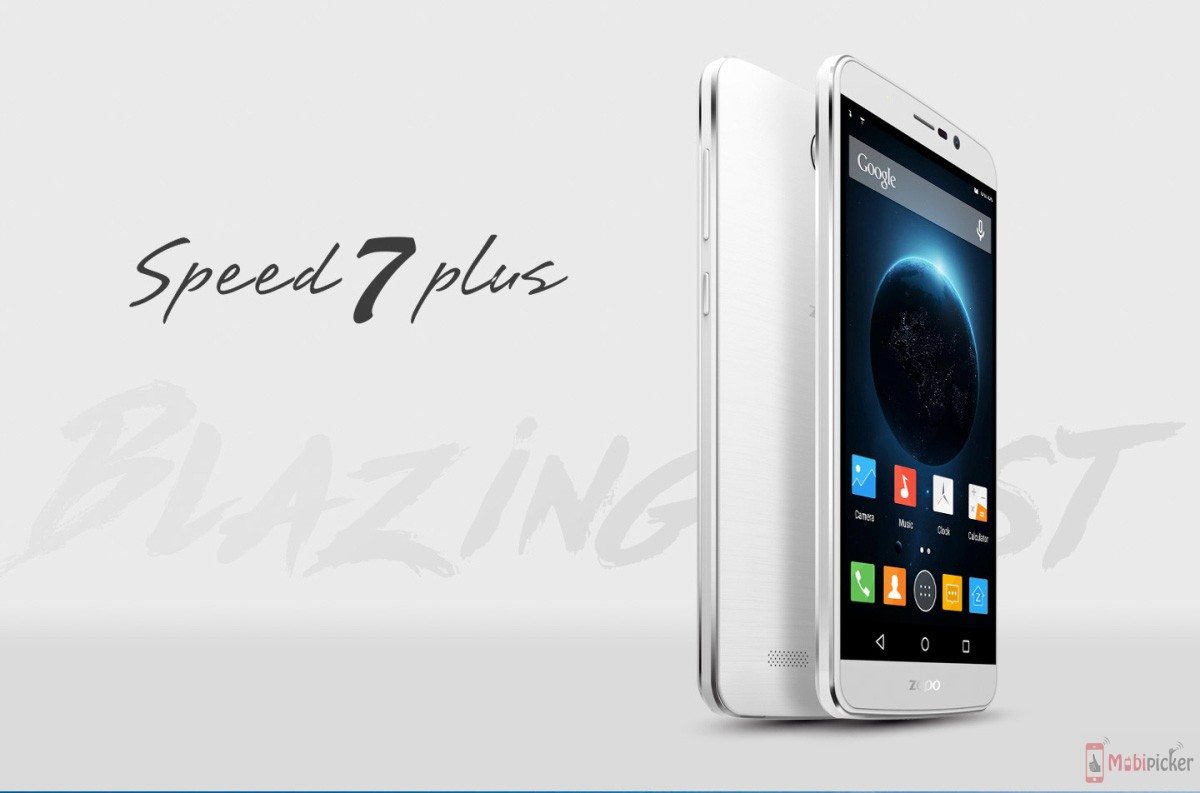 In terms of specifications, both the smarphones share number of features. The ZOPO Speed 7 as well as Speed 7 Plus features a brushed metal like allure as well as glossy framework running along their borders. The ZOPO Speed 7 is equipped with a 5-inch Full HD (1920×1080 pixels) screen with ultra thin bezels, while the Speed 7 Plus is slightly large with 5.5 inch Full HD display with the same ultra-thin bezels. It is worth mentioning that the company is marketing them as bezel-less display phones. 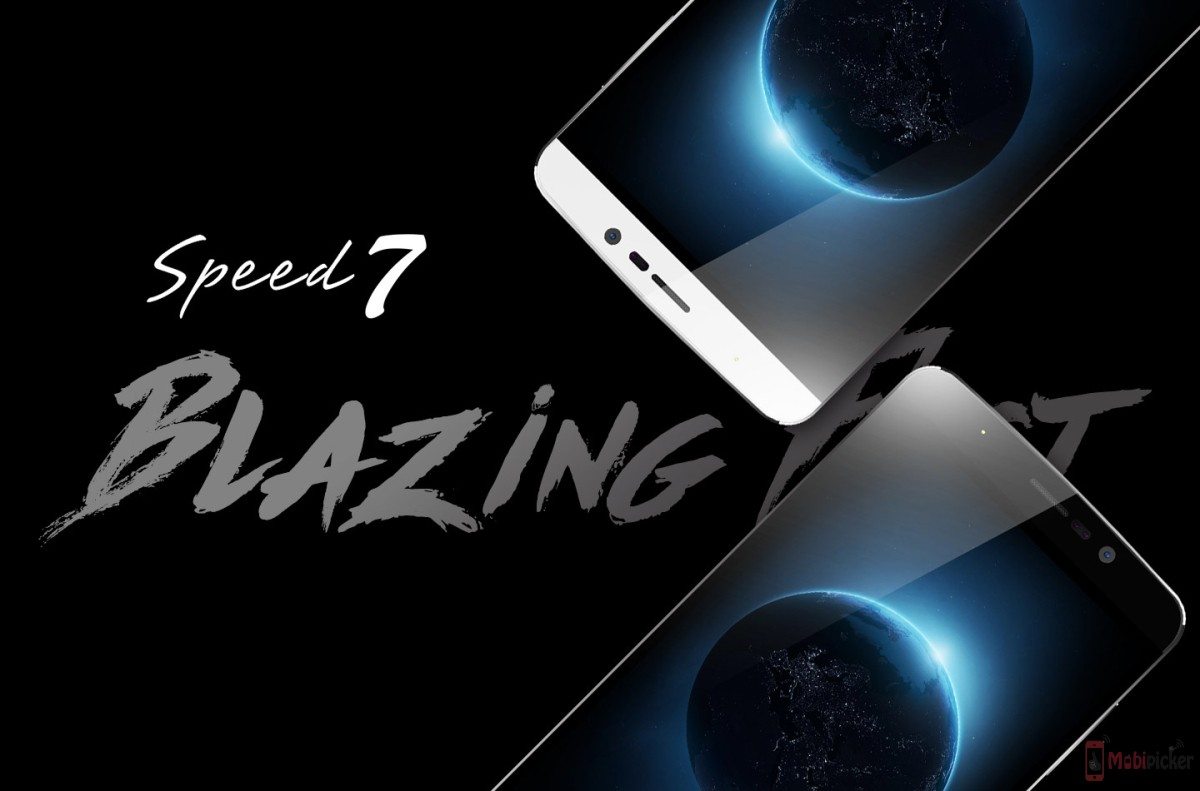 Both the smartphones packs 16GB of internal storage which is further expandable up to 64GB with the help of microSD card slot. Running Android 5.1 Lollipop out-of-box, these are processed with a 64-bit MediaTek MT6753 octa-core central processing unit, paired with 3 GB of RAM.

Zopo has used the same camera on both the handsets. A 13 megapixel camera with LED flash is capable to shoot full HD videos, and is placed on the rear of phone. On the other hand, a 5 megapixel unit helps you to take selfies or go on a video call.  The Face Beauty 4.0 application comes pre-loaded on both the Speed 7 and Speed 7 Plus, which helps in getting awesome selfies.

Both handsets have support for 4G LTE connectivity and dual-SIM cards. The ZOPO Speed 7 is powered with a 2,500mAh cell battery, while the Plus managed slightly bigger cell at 3,000mAh.

Here is the image gallery of ZOPO Speed 7 and Speed 7 Plus.