The Wii U Emulator developer has just released a new and improved CEMU version as part of the update 1.8.0. This new version of CEMU makes the popular Zelda: Breath of the Wild run pretty smoothly on PC. 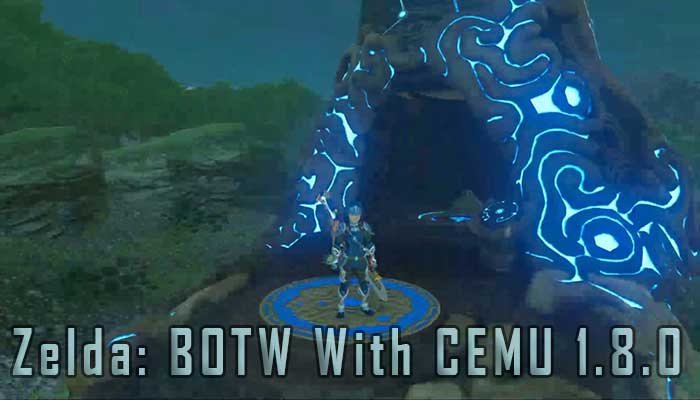 The latest CEMU Version 1.8.0 is available on Patreon for all the members. It offers various new improvements to the emulator’s performance and fixes a number of bugs as well as the visuals. A lot of previous version visual artifacts are now corrected in the new CEMU 1.8.0 version.

As part of the new improvements to CEMU version 1.8.0, the development team has added a Memory Scanner along with the Full-Screen Maximization option. In addition, the graphics shaders, for vertex are also now added to the emulator.

With new separable shaders, CEMU offers optimized loading for RPLs. It now uses the same texture multiple times with varying sampler parameters during a single Drawcall. Furthermore, support for better detection for invalidation of data Streamout cache is also added to the emulator.

As of now, the improved version of CEMU is available for Patreon members only, it’ll be made available for general public on May 30, 2017. Following is the full changelog for the new CEMU version 1.8.0.

If you are curious about the Zelda: Breath of the Wild and you want to know how well it runs on PC using the latest CEMU version 1.8.0, check out the following videos provided by Bahax PC Gaming. Keep in mind that the video below isn’t provided by the CEMU developer. We’ll definitely share it with you as it is released.