Wii U’s Emulator named as CEMU allows some of the Wii u games to run on PC. This is why Emulator is currently being used to develop a Zelda: Breath of the Wild version for PC. This version will be a 4K rival to both of Switch and Wii u versions. It is also rumored that the PC version of the game will offer more crisp and clean visuals with a smooth play.

How Zelda: Breath of the Wild looks in 4K graphics

The fist proof of the PC version of the game is posted online that shows Zelda: Breath of the Will running at 4K graphics. Check out the following image that was posted on Reddit. 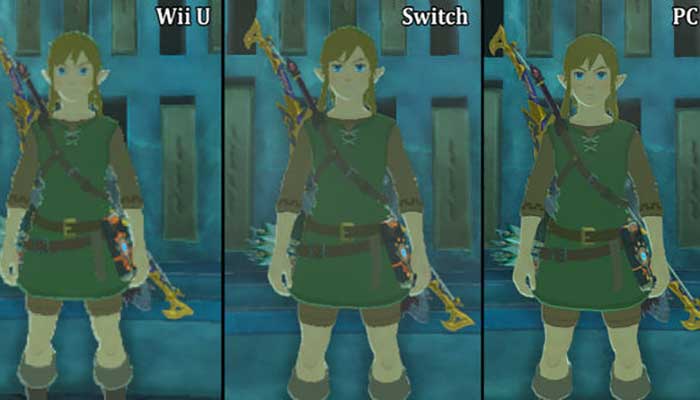 It must be noted that the game cannot run at this level if you want to play the full game. It appears that the team is currently trying to achieve their goal of perfection for the 4K graphics. The game may or may not be reaching the goals of quality and perfection but it is possible that a new PC version of the game will arrive in the next few months.

If a PC version Zelda releases, it will definitely be a great way for Nintendo to continue the sales momentum. All the hardcore PC gamers will have a chance to enjoy the game on PC in fantastic 4K visuals.

Famitsu also reports that about every three of the Switch buyers are buying Zelda: Breath of the Wild as well. This is a big achievement for Nintendo as both financially and physically.

The Legend of Zelda: Breath of the Wild is no doubt a wonderful game to play. It is by far the best game on both Nintendo Switch and Nintendo Wii U consoles as well. If this marvelous game comes to PC, it will definitely be a big step for Nintendo. It will most probably be a rewarding experience for all the hardcore Action-Adventure enthusiasts. Let’s see if this news comes true and the players have a chance to enjoy Zelda Breath of the Wild on PC with the best set of graphics.