Dragons in Zelda: Breath of the Wild are not a hidden element. You’ll find plenty of them at various locations in Hyrule. What’s strange in the game about Dragons, is their purpose of being in Hyrule. One of the biggest purpose of Dragons in Zelda: Breath of the Wild is to get some rare items. These items can help players complete a number or Shrine Quests. So, if you have to complete a Shrine Quest, you actually need some rare and special items. These items can be acquired by defeating the Dragons. 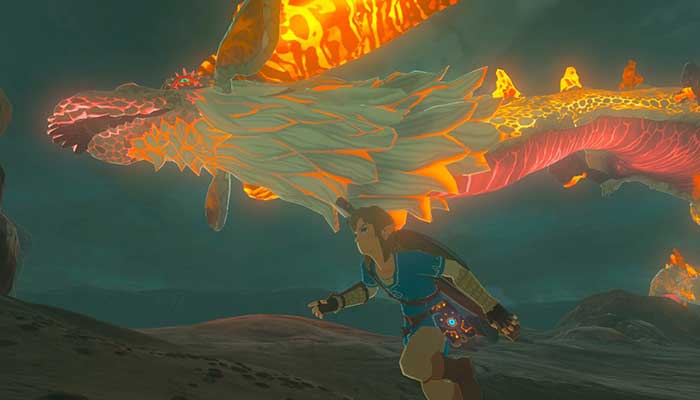 There are a lot of Dragons in Zelda: Breath of the Wild, but three of those dragons are somewhat special ones. These dragons appear more frequently in the game world in various random locations. The times they normally appear is either the time of a Sunrise or the day time. All of these dragons can be contacted by you, but you must be careful when approaching them. They have an affinity to some special elements so if you have those special elements with you while approaching them, you have better chances of getting the rare items. These rare items will then be helping you with your challenging Shrine Quests in Zelda: Breath of the Wild.

As the trio of dragons is somewhat more important one, we’ll talk about their locations only. These three dragons go by the names of Dinraal, Naydra, and Farosh. Let’s have a look at their locations with a bit of detailed information.

Dinraal helps you out with the Shrine Quests named as The Spring of Power. You can find Dinraal in the Northmost section of the Hyrule. The dragon mostly follows the path along Eldin mountains and then travels through the Tanagar Canyon. If you want to find Dinraal, you know where to go now.

Farosh lets you get some rare items to complete another Shrine Quest named as The Serpent’s Jaws. To find Farosh, you’ll have to travel to the region with waterfalls near the Tower of Faron. This region is in far east abiove the lake of Hylia. If in case you don’t find the Farosh there, try finding in the Gerudo highlands.

Upon completion of the Shrine Quests, you must head to the Dragon’s habitat and wait for him to spawn. When the dragon gets near to the ground after a brief amount of time flying above high, you can reach down to him and fight for the items.

You can defeat the dragon by hitting him with any of your elemental arrows. Updrafts can really help you while in combat with the dragons. So whenever you see an updraft created by the dragons. Do use it to slow the time and target the dragon afterward. This will also allow you to find the weak points of dragons, so if you attack a weak point, you’ll do more damage to the dragon.

During the combat, the body part you’ll hit of the dragon will determine what type of item you will get. Upon every attack on any part of dragon’s body, you’ll see the items falling down to the ground. During the items descend to the ground, you’ll also notice a glowing energy around them. Keep in mind that you can only have one rare item at a time. In case if you want more than one items, you’ll have to revisit the Dragon, get into combat again, and repeat the whole procedure again. You should also know that you cannot revisit Dragon’s lair at the same day again. So you’ll have to revisit the dragon at a later stage of the game. Following are the body parts of the dragons that will offer more rare items than the others;

Fang – Hit the Fang or Mouth, it’ll double up the amount of bonus duration. (Rare Item)

Scale – Hit all the other parts of the body and get a lower amount of bonus duration.

You can also Sell The Items

These rare items have a very good price tag. So, you can sell them into markets as well. Look for the merchants or the Kilton as they always go with higher prices if you have items with special effects. You can also mix the items with food to up their worth.

Now you know all about the rare items and where to find them in Zelda: Breath of the Wild. So, if you encounter any of the dragons, do let us know of your experiences. We’ll love to hear from you. Leave your comments below.

Zelda: Breath of the Wild – Why Nintendo Switch’ Novel Game Could Possibly Be An Important One

Zelda: Breath of the Wild Guide: How to Defeat the Sub/Mini-bosses 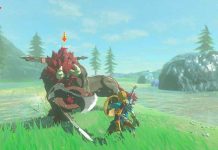 Zelda: Breath of the Wild Guide – How to Defeat Mini Boss Lynel in Zora