Yuri on Ice season 1 ended in December 2016 and since then, fans have been patiently waiting for the next season to arrive. The previous season was a big hit. The unique and interesting storyline of the series is the very reason why fans are craving for more. Although there is currently no official release date of Yuri on Ice season 2, but its creators have been busy teasing its fans.

Two days ago, on February 11, an all-night marathon screening event of Yuri on Ice took place. The event started at around 10 in the evening, and ended after six hours, at 4 in the early morning. After the event ended, a visual of Yuri on Ice was shared online, which is currently believed to be a hint for Yuri on Ice season 2.

The visual features all the 12 figure skaters that appeared in the first season of Yuri on Ice. This is said to be a hint that all of these characters will make their way to the next season. In the visual, Phichit Chunaont is seen holding a monopod and taking a selfie of the group. At first, Yuri Katsuki, Yuri Pisetsky, and Viktor Nikiforov are seen posing beside him. Along with them, Jean-Jacques Leroy, Kenjiro Minami, Guang Hong JI, Leo De La Iglesia, Michele Crispino, Otabek Altin, Emil Nekola, Georgi Popovich, Christophe Giacometti, and Seung Gil Lee are also present in the visual. Some of these skaters were in the Grand Prix finals. 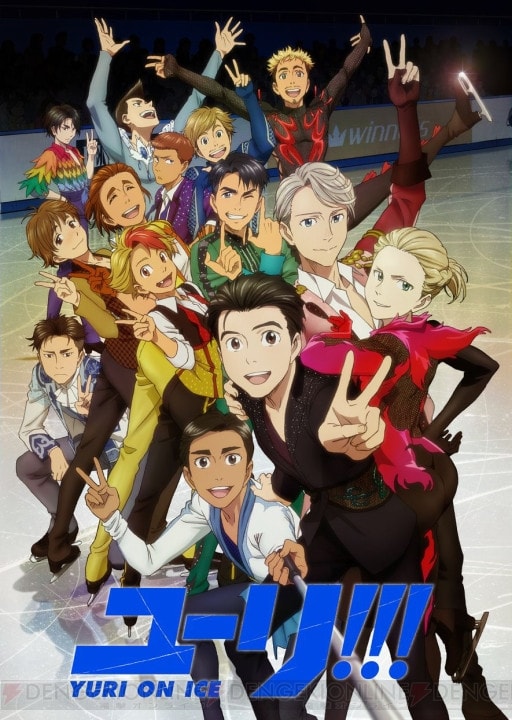 The all-night marathon screening event of Yuri on Ice was held at the TOHO Cinemas Roppongi Hills. It was live screened at more than 48 cinemas in Japan. Those who attended the event also got a special bonus, which was a paper fan and 14 stickers. The co-creator of the series, Mitsurou Kubo and the voice actors of Viktor and Yuri Katsuki were also present at the event for the talk show.

As for what will happen in the next season of Yuri on Ice, it is said that this time, Yuri will be more determined to win Gold. Yuri is expected to train day and night, so he can become a better skater. He will overcome all of his fears, and it will be without any doubt, interesting to see how he will manage to do that.

Yuri on Ice season 2 is currently expected to arrive sometime in this year. Let us know if you’re excited about it or not in the comments below.