MobiPicker
Culture Anime ‘Yuri On Ice’ Movie May Delay Season 2 Release Date; DVD And...
Share on Facebook
Tweet on Twitter
Deal Alert: 49% Off on ExpressVPN
Touted as #1 VPN in the world, ExpressVPN is now offering 49% off & an additional 3-months of service on its annual plans.

“Yuri On Ice” will now be available in a feature film form soon according to an announcement made at an event in Japan’s Chiba. The popular sports anime cast made the announcement although there is no update on the plot of the movie or the release date for “Yuri!!! On Ice” Season 2.

According to Den Of Geek, the international release of “Yuri On Ice” movie is in production. However, the production house is yet to give out any details regarding the storyline. Fans are simply excited to know about this recent development. They are desperate to find out what exactly happens with their favorite characters including Victor, Yurio, and Yuri.

According to the creator of the anime feature film and series, Sayo Yamamoto it would be difficult, to sum up, the story of “Yuri On Ice” in just 12 episodes. Hence they do not want to stop and will explore more possibilities in the upcoming feature flick.

The “Yuri On Ice” Season 1 comprised of only 12 episodes. But even then it made a remarkable impact on the anime fans across the internet world. The sports anime was first premiered in Japan in October. Due to its overwhelming popularity was soon made available to the English-speaking audiences via Funimation and Crunchyroll streaming services.

The announcement related to the feature film was made on 29 April at the Yuri On Stage event held recently, reports The Hyped Geek. 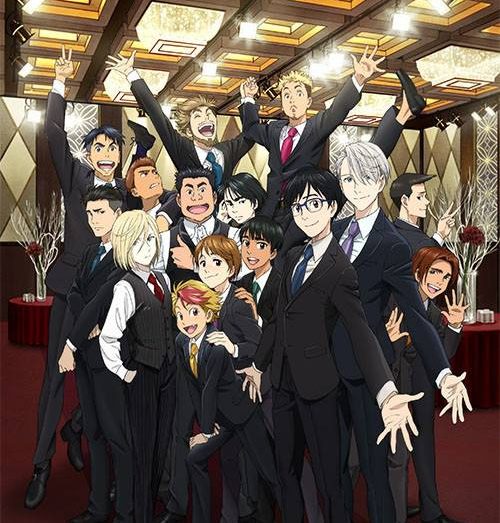 ‘Yuri On Ice’ is an anime series that focus on the international male figure skating. The highlights of the popular show are its beautiful animated figure skating choreography and of course the queer relationship in between Victor and Yuri. The first season follows these two characters. Hence presumably the upcoming “Yuri On Ice” movie too will focus on them.

However, speculations suggest that the feature film in the making can cause a delay in the release of the “Yuri On Ice” Season 2. At present, fans are more excited to watch the newer content in the second installment than the feature film.

For the avid anime fans, there is good news. Reports suggest that “Yuri On Ice” event would be available from July 28th on DVD and Blu-ray.