Yu Televentures has announced an open sale for its latest YU Yuphoria, which was released back in May. The company revealed that more than 1 lakh “Made in India” units of Yuphoria will be available in open sale on Amazon India starting July 21st to July 23rd. 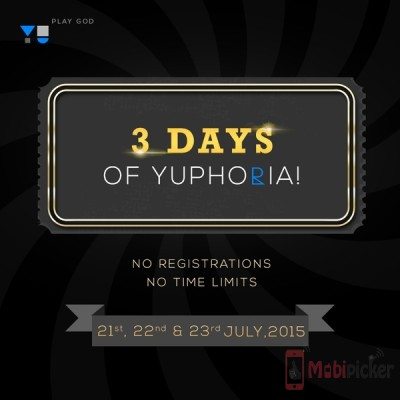 If someone is not aware, an open sale means that the Yuphoria, which was currently available for only registered customers through a Flash sale, now can be purchased in a similar manner as other items, that means No Registrations, No  Time Limits.

For those are not aware, YU has discontinued its first smartphone Yureka, after releasing the Yuphoria in the markets. As it turns out, the company is coming with a new product for Indian customers, and will unveil the secret on July 20th. Yu has published two teaser videos of the upcoming phone, which appears to be a 2nd Gen Yureka phone.

Looking for Xiaomi Redmi 3S And Redmi 3S Prime? Here’s the Date for Next Open Sale