The YU Televentures of Micromax is expected to unveil its fourth smartphone next week. The firm began sending media invitations for an event on September 8, tipping about the release of a new phone. 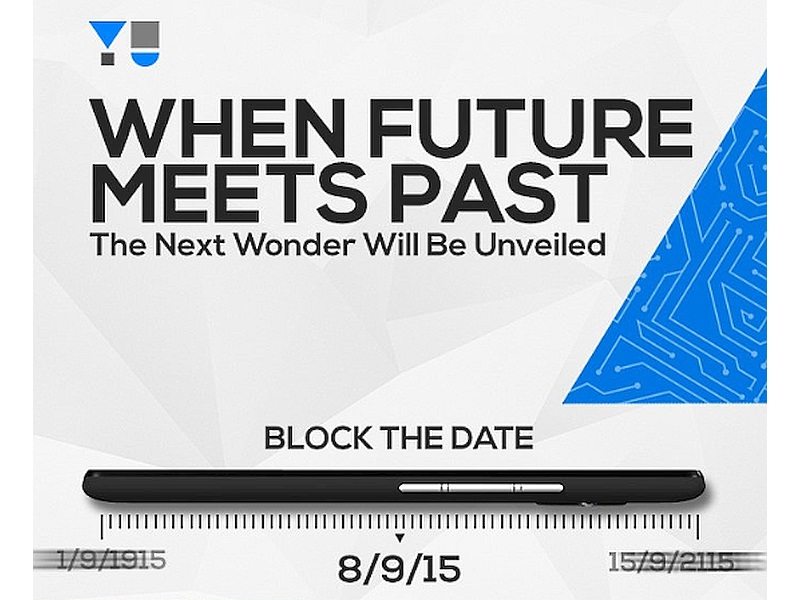 The media invitation contained a tagline that read, “When future meets past, the next wonder will be unveiled” and was accompanied by a picture of a smartphone. The company is also posting teasers about the new device on social media sites. In a latest tweet, YU’s official Twitter account said, “If Mona Lisa had a selfie stick, don’t you think we’d have had many beautiful pics of hers?”
In a different tweet, it said, “If Shakespeare had a Google Glass, would it have changed the way he saw the world?”

It looks like we will have to wait until September 8 to see what YU has in store for its fans. We will be there in the event and will provide you with real time updates. Stay tuned!