Google is probably coming up with some subtle changes to the user interface of the YouTube app on Android. The app has been getting a lot of server side updates from the company to bring new features and updates and the recent update is in line with that.

The major change of them all is the picture-in-a-picture mode that now gives much more control. Instead of playing just the video in a smaller window, a floating bar has been added which has the video playing in a smaller window than before but has a play/pause button along with the close button.

You no more need to swipe the video to close it, clicking the new button will the do job in one go. The play/pause button again gives much more control over the video being played in the smaller window. A progress bar also appears in the picture-in-a-picture mode which wasn’t present earlier.

Another important addition is the app ability to show a snapshot of the video being played based on where you tap the seek bar. Interestingly, the feature is already available on web and iOS version of YouTube and it is only now that Google is planning to bring the feature to the Android app. 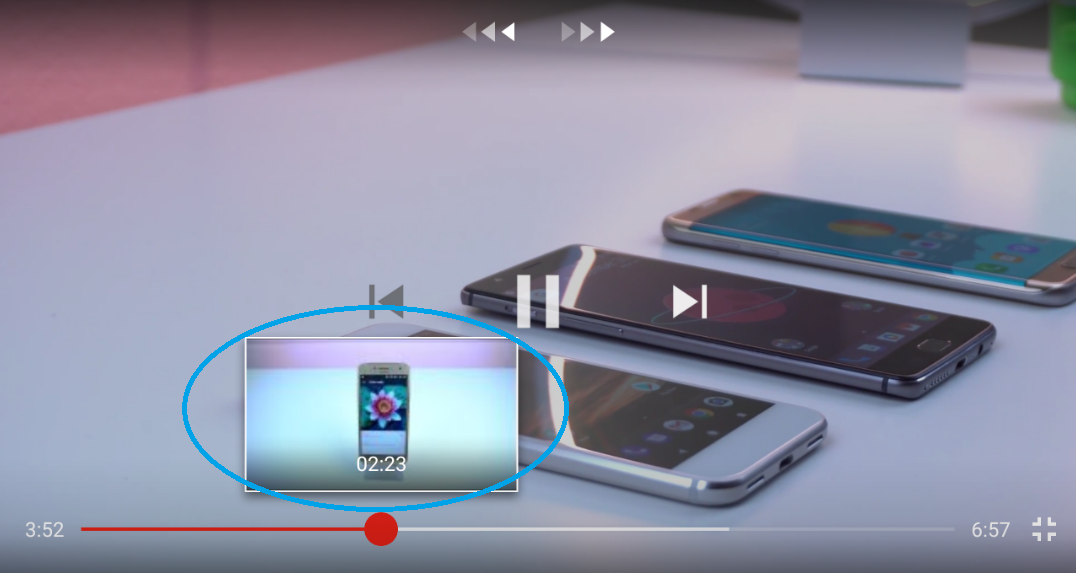 Instead of showing the name of the tab you are using on the upper left corner, it will now only read ‘YouTube’. The bottom navigation bar is another new thing on the YouTube app that has tabs like Home, Trending, Subscriptions, and Library. The upload button also has been moved to the left of the search bar.

YouTube has been testing some of these features since early April and they seem to have been inspired by the iOS app. This is again important to bring uniformity across all the platforms and the app should look and work the same.

Before this, the company was also testing a quirky new loading screen, which still has not made its way to the final build.