iPhone 6s, the latest from Apple’s stable, has been selling like hot cakes since it was released and packs a lot of improvements over its predecessors. However, some DxOMark camera specialits say that the camera in iPhone 6s is not the best in the market and there a quite a few phones that can beat it easily.

iPhone 6s sports a new 12 MP camera at the rear, which shoots excellent photos in all light conditions and can also shoot 4K videos. But DxOMark folks have rated the camera of the iPhone 6s camera at 84, similar to the iPhone 6 and 6 Plus. To give you a clear idea of the scenario, the Xperia Z5 scores 87, Galaxy S6 edge gets 86, Google Nexus 6P stands at 84, LG G4 gets rated at 83 alongside to the Motorola X Style. 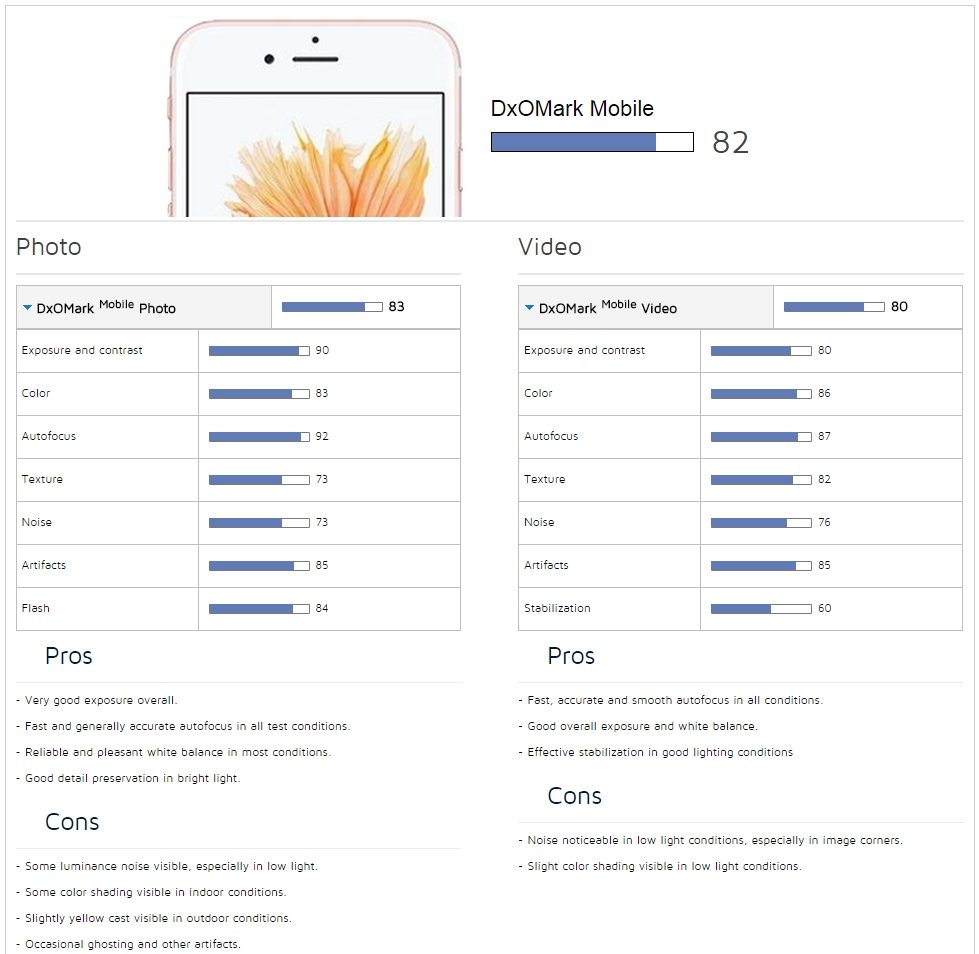 Folks at DxOMark state that the camera of the iPhone 6s is excellent, thanks to the very good exposure, fast auto focus, reliable white balance, low light detail preservation, and perfect color rendering. However, low light pictures do show some noise, while outdoors tend to get a slight yellowish tinge. Though videos look good, they do get grainy in low light. Still the iPhone 6s has a great camera overall. So if you are an iPhone 6s owner, you shouldn’t feel sad at all.