MobiPicker
News XOLO Win Q900s is now available at mere INR 5,473 (Deal Alert)
Share on Facebook
Tweet on Twitter
Deal Alert: 49% Off on ExpressVPN
Touted as #1 VPN in the world, ExpressVPN is now offering 49% off & an additional 3-months of service on its annual plans.

XOLO Win Q900s, company’s first Windows Phone 8.1 powered device which was formally launched last year for the price of INR 9,999 (approx. $160). The price of phone has now slashed drastically on Snapdeal and Flipkart, where the phone is now available at INR 5,473 and INR 5,799 respectively. 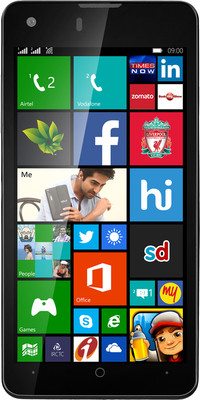 In terms of specification, XOLO Win Q900s sports a 4.7 inch HD display and is powered by a quad-core 1.2GHz Snapdragon 200 processor, paired with 1GB of RAM and Adreno 302 GPU. The Windows phone packs 8GB of internal storage (expandable up to 32GB), an 8 megapixel rear camera and a 2 megapixel front facing camera. The phone is mere 100g in weight.

If you are searching for a Windows based phone, the XOLO Win Q900s could be a smart deal for you.