MobiPicker
News XOLO Prime with Android 5.0 Lollipop launched at INR 5,699 ($89)
Share on Facebook
Tweet on Twitter
Deal Alert: 49% Off on ExpressVPN
Touted as #1 VPN in the world, ExpressVPN is now offering 49% off & an additional 3-months of service on its annual plans.

XOLO Prime, a new budget smartphone from XOLO Mobiles has been introduced in India. The Prime is priced at INR 5,699 ($89) and available in blue, red, gold and black color options. 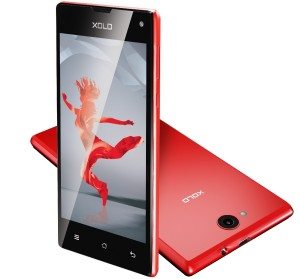 For the mentioned price, you will get a smartphone with 4.5inch FWVGA IPS display, and running Android 5.0 Lollipop out of the box. Powered by MediaTek MT6582M chip with quad-core 1.3GHz processor, the XOLO Prime packs 1GB of RAM, 8GB expandable onboard storage, a 5 megapixel primary camera, VGA front camera, and a 1,800mAh battery.