MobiPicker
News XOLO A1010 with 5″ display launched in India for INR 5,499
Share on Facebook
Tweet on Twitter
Deal Alert: 49% Off on ExpressVPN
Touted as #1 VPN in the world, ExpressVPN is now offering 49% off & an additional 3-months of service on its annual plans.

The Indian mobile manufacturing company XOLO has added one more budget-phone to its A series, dubbed A1010. The smartphone will be available in black and white colors exclusively from HomeShope18 for the price of INR 5,499. 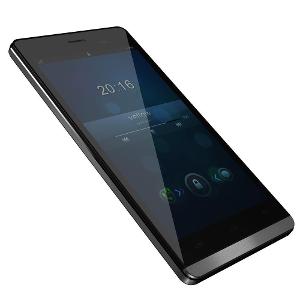 The XOLO A1010 comes with dual-SIM support, and features a 5 inch FWVGA IPS display and is powered by a MediaTek MT6572 chipset with 1 GHz dual-core processor. The smartphone pacs a 512 MB of RAM, 4GB internal storage, which is further expandable up to 32 GB via a microSD card. The handset powers by a 2,500 mAh battery and runs Android 4.4 KitKat out of the box.

The A1010 packs a 5 megapixel rear shooter with LED flash, and a VGA for front. It includes Wi-Fi, 3G HSPA+ and Bluetooth for connectivity.

If you want to purchase the XOLO A1010, simply follow the below source link and grab it from HomeShop18 right now.