MobiPicker
News Accessories $10 Xiaomi Lunar Smart Sleep Sensor Monitors Your Sleep Pattern | Works...
Share on Facebook
Tweet on Twitter
Deal Alert: 49% Off on ExpressVPN
Touted as #1 VPN in the world, ExpressVPN is now offering 49% off & an additional 3-months of service on its annual plans.

Xiaomi, better known for its smartphones, has introduced a new product under its crowdfunding platform called Lunar Smart Sleep Sensor. This latest entry in Xiaomi portfolio is aimed at monitoring the sleep pattern of users. 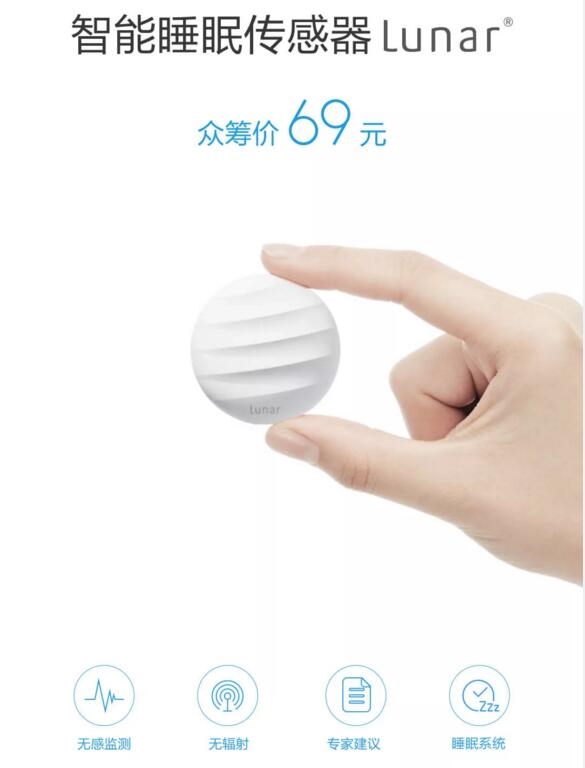 The Lunar smart sleep sensor hitches up with a mobile app to provide analysis of user’s sleep quality as well as periodic sleep reports. The app connects via WiFi and helps you monitor the sleep pattern of your loved ones.

As far as compatibility goes, the app can be installed smartphones running Android 4.0 and above, and on iPhones with iOS 8.0 and higher.

The gadget ships with a Triple sound button feature for reporting inability to sleep. It gives expert advice and also plays cool music for aiding sleep. There is no radiation whatsoever coming out of the gadget so you need not worry about the skin contact.

By the way, the Lunar smart sleep sensor need not be placed in direct contact with skin, it can be slid under a pillow to function. Also, no electromagnetic waves are generated while the user is asleep.

Coming to the battery, the device ships with an amazing battery life. One hour of charge yields 90 days backup. It has an impressive 50,000 hours durability.

Right now, the Lunar smart sleep sensor is available for just $10 (69 Yuan) via the crowdfunding platform. The shipments will kick off on January 12, 2017.