Xiaomi is all set to introduce its latest smartphone offering in India. The company in partnership with Flipkart has teased a product launch on January 19 i.e. tomorrow. Even though no particular model has been named in the teaser, the number “4” in the center clears all the doubt.

Even the official website for Xiaomi is bearing a similar homepage. Hence, it’s all but confirmed that Xiaomi Redmi Note 4 will be the center of attention come Jan 19.

Until now, there have been numerous leaks and hints about the device launch in the country, but nothing this certain.

Xiaomi Redmi Note 4 is already available in China, and India will be the second country where the smartphone goes on sale. The India variant will have the same specifications as the Chinese one, with the only difference in processor. Qualcomm Snapdragon 625 Chipset is expected to replace the Helio X20 Chipset.

As for other specifications are concerned, the Redmi Note 4 will feature a 5.5-Inch Full HD IPS display which Xiaomi touts better than the last generation. It will come in two RAM and Storage variants – 3 GB & 32 GB and 4 GB & 64 GB. Camera department of Redmi Note 4 will consist of trusted 13 MP rear and 5 MP front shooters.  The handset will run Android Marshmallow v6.1 with MIUI on top. All this will be powered by 4100 mAh battery.

Xiaomi Redmi Note 3 enjoyed great success in India so it will interesting to see the response the successor receives. It has been refined on almost all aspects. The design is much better, and so is the camera.

As far as the pricing is concerned, Xiaomi and Flipkart haven’t disclosed any details. With Redmi Note 3 still available in the country, we can expect it to cost somewhere around 15,000 INR. This will pit Redmi Note 4 in direct competition with recently launched P2 touted as the powerhouse.

What do you think pricing for the “4” should be? Tell us in the comments section below. 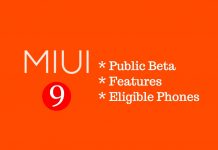 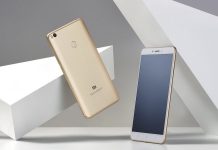