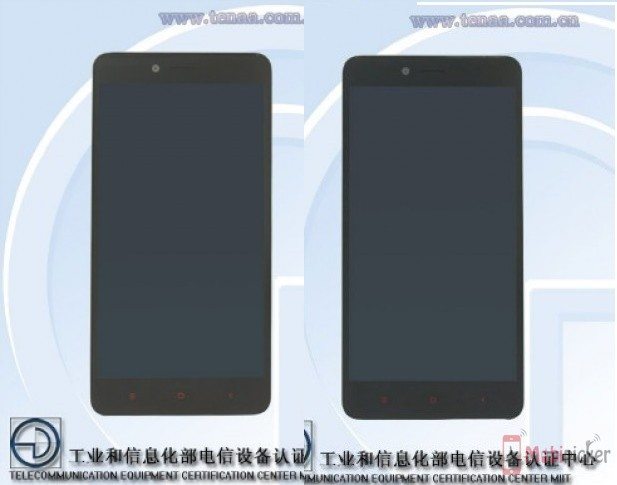 Equipped with the same display size as its predecessor at 5.5 inch, the new comer seems smaller than Redmi Note in all measurements. That means the Chinese brand has managed to make its bezels smaller, which is pretty noticeable in the images too. Powered by a 3,020mAh battery, the Redmi Note 2 will come with a 2GB of RAM, 16GB internal memory, and 1080p display resolution.

It measures 152.05 x 76.2 x 8.05mm, and will handle the tasks with Qualcomm’s Snapdragon 610 or MediaTek MT7695 chipset. It is also expected that new phone might wear the metal unibody, which has now become a fashion.

There is no info on the pricing and availability yet, but hopefully it should not take more than couple of weeks, as TENAA has given the approval to handset. Also, an earlier leak suggests, Xiaomi Redmi Note 2 could be unveiled on June 29th.