MobiPicker
News Xiaomi Redmi Note 2 and Mi Pad Get Price Cuts
Share on Facebook
Tweet on Twitter
Deal Alert: 49% Off on ExpressVPN
Touted as #1 VPN in the world, ExpressVPN is now offering 49% off & an additional 3-months of service on its annual plans.

Xiaomi has given us some great phones this year. But the real jewel in the crown for the company is the Xiaomi Redmi Note 2, which has been a Xiaomi best-seller and has registered jaw-dropping sales figures. The phablet still continues to sell like hot cakes, which is why Xiaomi has decided to give a discount to the future buyers of this phone. 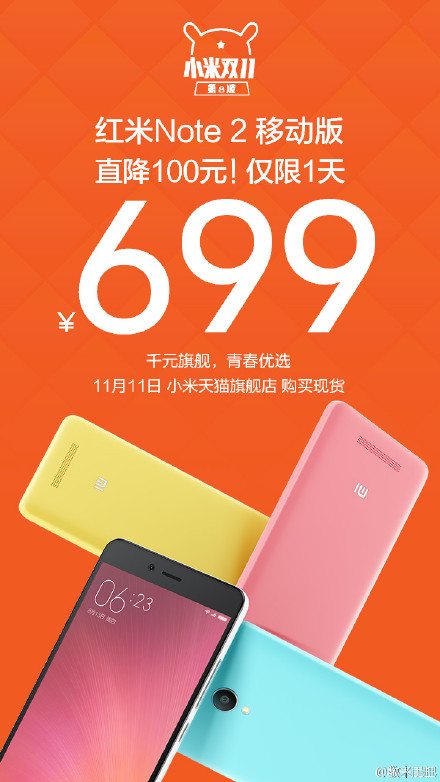 The company seems to be very happy with the sales of the phone and looks like it wants to give the buyers a year-end discount, which is why the Redmi Note 2 has received a price-cut. The phablet, which was officially priced at CNY 799 (approx $126), is now selling at CNY 699 (approx $110). This $16 price cut is expected to boost the sales of the Redmi Note 2 and will probably keep the cash registers ringing for this phone for at least a few more months.

Apart from the Xiaomi Redmi Note 2, the company has also reduced the price for the Xiaomi Mi Pad (64GB). The tablet, which was officially priced at CNY 1,299 (approx $204), now costs CNY 1,099 (approx $173). These price cuts come as a boon to Xiaomi buyers who have been waiting for year-end discounts. Another possible reason for these price revisions might be the upcoming Xiaomi launches, one of which is the much-anticipated Xiaomi Mi 5. Excited?