Xiaomi never fails to disappoint its loyal fans with amazing specs at great prices. It did the same with the Redmi Note 3 by providing a fingerprint sensor in this mid-range smartphone. The device has been very well received by the buyers as it didn’t burn a hole in their pockets while giving them a premium experience at the same time. It seems that Xiaomi is bringing yet another budget smartphone with a fingerprint sensor. The device in question here is the upcoming Xiaomi Redmi 3S.

While the Redmi Note series which consists of phablets with screen size 5.5-inch received the much awaited fingerprint sensor, the users of Redmi-series are still waiting for this coveted feature. Redmi 3 was launched in January this year and the fans were a bit disappointed to not find the fingerprint sensor in the spec-sheet.  However, there is some good news for all the fans.

New photographs of a Xiaomi device have leaked at the TENAA certification website. The device in all probability is the upcoming Xiaomi Redmi 3S or better yet, updated Xiaomi Redmi 3 with a fingerprint sensor. It seems that Xiaomi is trying to make things straight and it should come as a great delight to the fans. 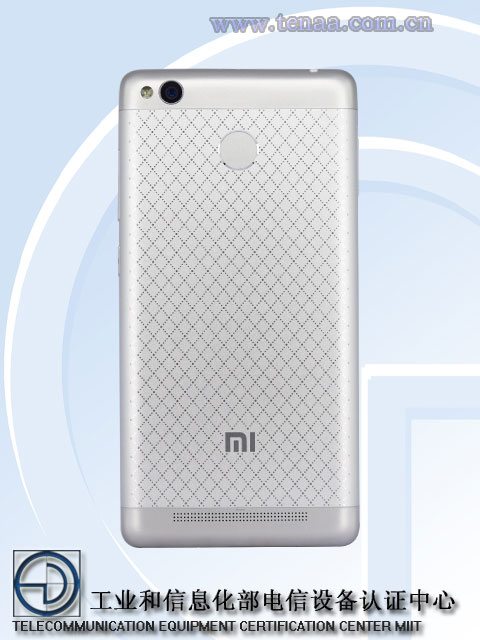 The specs and the launch date haven’t been made official yet but rumours suggest a 6th April launch of this device. According to TENAA listing, the handset will sport a 5-inch 720p display, and will be powered by the 1.5GHz processor (probably Snapdragon 616 SoC) along with 2GB of RAM and 16GB built-in storage (exp up to 32GB). It will feature a 13MP rear shooter and a 5MP front-facing camera. The phone will run Android 5.1.1 Lollipop OS out-of-the-box.

Rumors from China suggests that the device is expected to carry a price tag around 799 Yuan or $122 which is just slightly higher than the current Redmi 3 price. We have our fingers crossed for the device and can’t wait to get our hands on it. Till then, stay tuned for more news and info and do leave your comments below. 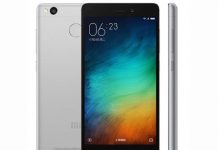