While most of us are waiting for the flagship Xiaomi Mi 5, the company has gone ahead and launched the Xiaomi Redmi 3. If you have been following the news lately, you will already be knowing that the Redmi 3 was scheduled to launch on 12th January. However, the Xiaomi decided to take covers off the phone a day before and thus unveiled the phone today.

The Xiaomi Redmi 3 comes with a full metal body with a nice texture on the back and gets a 5-inch HD screen, which is why the phone will be very compact to hold. Powering the phone is Qualcomm’s Snapdragon 616 chipset, which includes four 1.5GHz cores and four 1.2GHz cores. The phone gets Adreno 405 GPU, 2GB of RAM, and 16GB of internal storage that can be expanded up to 128GB via a microSD card. 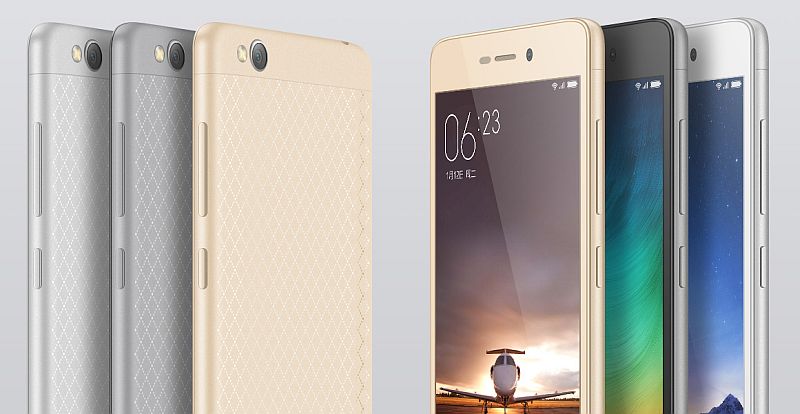 The Redmi 3 flaunts a 13MP camera at the rear with PDAF (Phase Detection Auto Focus), f/2.0 aperture, and LED flash. The rear camera also offers FullHD video recording. There’s a 5MP front camera for selfie lovers, and this one gets FullHD video recording too. The phone is juiced by a large 4,100mAh battery that is non-removable. The software running in the phone is MIUI 7, though the Android version is still unknown.

The Xiaomi Redmi 3 gets dual SIM slots, one of which is a hybrid slot. This means that you can either use a micro-SIM and a nano-SIM, or you can use a micro-SIM with a microSD card in the nano-SIM slot. The phone offers 4G LTE connectivity, GPS, A-GPS, Bluetooth, micro-USB, EDGE/GPRS, Glonass, and Wi-Fi 802.11 b/g/n. The handset weighs 144 grams and measures 139.3×69.6×8.5mm, which is really appreciable given the large capacity of the battery. 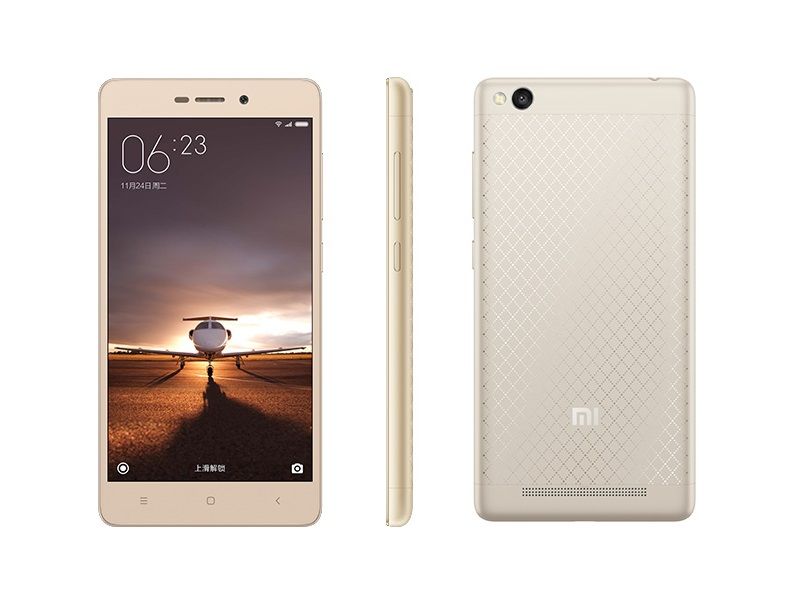 The Redmi 3 has been priced at CNY 699, which translates to $106 roughly. The specs and design of the phone are a steal at this price. The phone will be available in Silver, Grey, and Gold color options. The handset has been listed on Xiaomi’s China site, but the availability details are yet to be announced.

The Xiaomi Redmi 3 will take on the Lenovo K4 Note and other such handsets. The Redmi 3 will start selling in China first, and we expect the phone to reach other countries by mid-2016. Xiaomi has also recently launched the Redmi Note 3, which is one of the best budget phablets in the market currently.