MobiPicker
News Xiaomi Redmi 2 to reach Singapore on Mar 17; retails at S$169
Share on Facebook
Tweet on Twitter
Deal Alert: 49% Off on ExpressVPN
Touted as #1 VPN in the world, ExpressVPN is now offering 49% off & an additional 3-months of service on its annual plans. 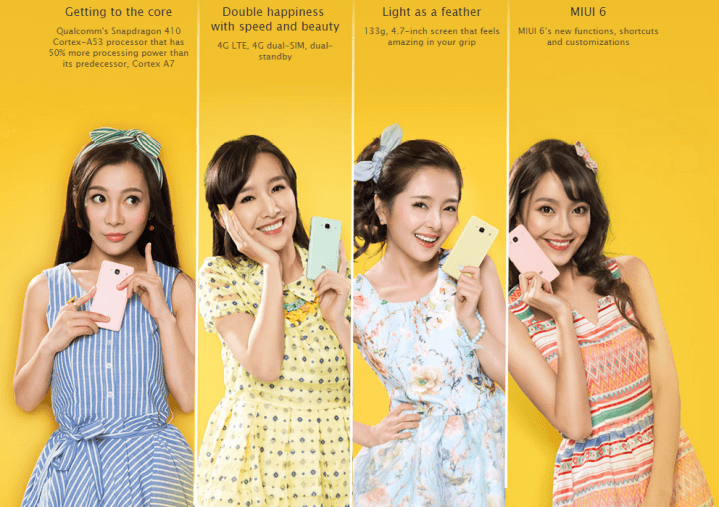 Xiaomi will launch its budget smartphone Redmi 2 in Singapore this month. The device will be available from March 17 at a retail price tag of $122 (converted from S$169). 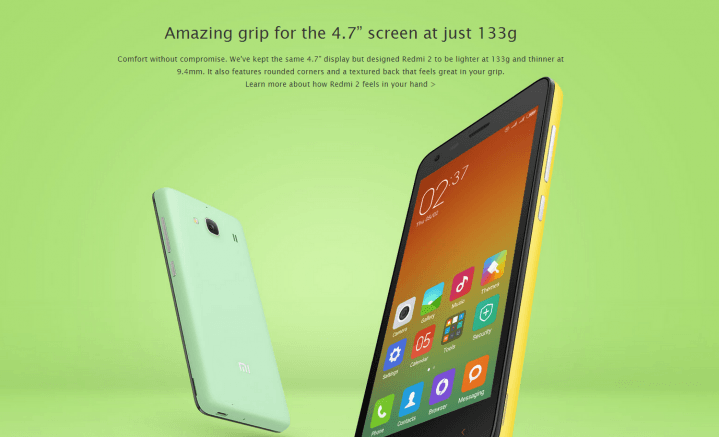 If you new to Xiaomi Redmi 2, it sports a 4.7 inch IPS LCD capacitive touchscreen with 720 x 1280 pixels resolution and is powered by a Qualcomm MSM8916 Snapdragon 410 chip with 1.2GHz quad-core Cortex-A53 processor. It packs a 2,200 mAh battery, an 8 megapixel rear shooter with LED flash and 2MP front camera. The rear camera is capable to shoot 1080p videos, while the front snapper is limited to 720p.

The Xiaomi Redmi 2 supports dual-SIM functionality and comes with Cat.4 LTE connectivity, which allows downloads with a maximum speed up to 150Mbps.

The device comes in Black, White, Yellow, Pink, and Green color options, but you being in Singapore, can order only White piece.