After some rumors and official teasers, the Xiaomi Mi Max is going to be unveiled officially on 10th May. The product launch is happening in Beijing, China, the company’s home country, and Xiaomi confirmed the same officially through its official Twitter page. Also, if you are a Xiaomi fan and are not from China but want to attend the launch, you can do so by applying online on Xiaomi’s website. 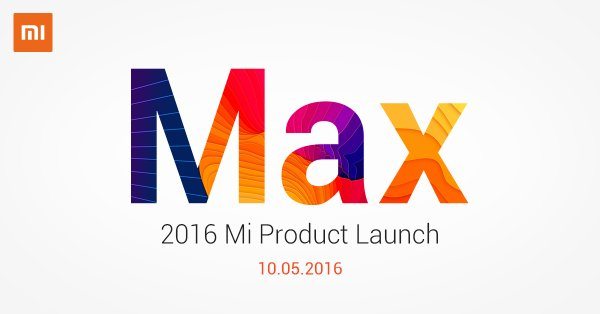 The Xiaomi Mi Max was recently leaked on GFXBench, which revealed some of its major specs. According to the listing, the phone gets a 6.4-inch FullHD screen. It is powered by a 1.8 GHz hexa-core Snapdragon 650 processor and gets 2 GB of RAM with 16 GB of internal storage. It runs on Android 6.0.1 Marshmallow and gets a 16MP/5MP camera setup.

While the specs look exciting, they might not be totally correct. A 6.4-inch screen with Quad HD resolution is more likely that just Full HD. Also, we expect the phone to come with a large battery, given the “Max” in its name. But still, nothing is confirmed yet, and we don’t need to wait too long as the phone’s launch is just two weeks away. Get ready for Xiaomi Mi Max!