There is finally some good news for Xiaomi fans. After a long wait, Wanqiang Li and Hugo Barra from Xiaomi have both finally confirmed that Xiaomi Mi5 is on its way and a 24th February release date is speculated.

Xiaomi Mi5 has already been depicted in some renders and few  live shots, but until now we hadn’t caught a glimpse of the back. A new photo has cropped up depicting the back material with a pattern. A part of the panel is gold in colour and the leaked panel is flat contrary to the previous reports saying that it would be curved.

Until now only some of the specs and features of the Mi5 were known but recently we got many of our questions answered luckily through a GFXBench listing. 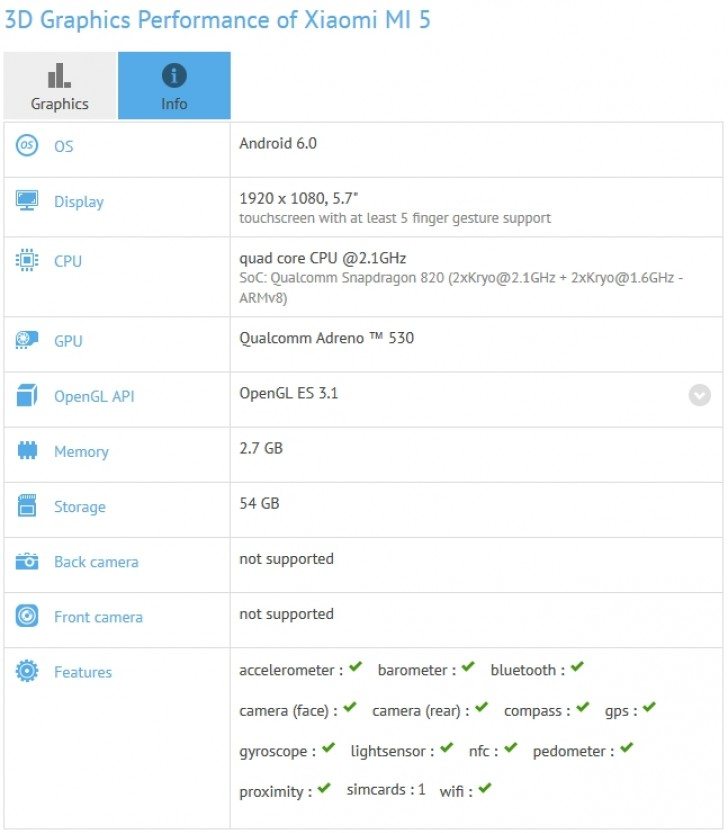 Not much was known till now regarding the display of the phone. But now we have a fair idea about the display and few other specs of  Mi5. According to the report, the Mi5 will have a 5.7-inch 1080p display, and latest Qualcomm Snapdragon 820 SoC. Earlier we had reports of 5.5″ or 5.2″ inch screen and also a QHD screen but this report clearly contradicts it.

It will have 3GB of RAM and 64GB of internal storage. We had also heard rumours of a 4GB version and 16GB, 32GB and 128GB storage versions.

Nothing has been mentioned about the camera yet but reports indicate a 16MP main shooter with f/2.2 aperture and an 8MP shooter on the front. It is expected to  include Bluetooth 4.0, GPS with GLONASS, Wi-Fi 802.11a/b/g/n/ac, BDS, OTG and NFC. The phone will support 4G LTE. Doubt still looms over the fact whether it would be a single or dual-SIM phone though the GFXBench listing indicates a single-SIM phone.

We won’t hopefully have to wait for long as Xiaomi is set to launch its flagship Mi5 in a few weeks and it is also expected to make an appearance at MWC 2016 which is to be held in Barcelona. Pricing still remains unavailable at this time but we expect a price around 2500 CNY ($380).