In the first week of this month, it was reported that the Android 6.0 Marshmallow update for the Xiaomi Mi4 and the Mi Note series smartphones will arrive soon. The Xiaomi users will glad to know that the update is now passing through final stages of testing, and will start hitting the devices in a couple of days if everything goes smoothly. According to the latest report, the Xiaomi Mi3 will also receive the new flavour of Android.

The report is coming from the MIUI operations manager, who shared the good news on Chinese Weibo website. He also shared a screenshot, which reveals that the update will weigh in at 518MB. In addition to this, the screenshot also confirms that MIUI interface would stay same, which is MIUI 7. 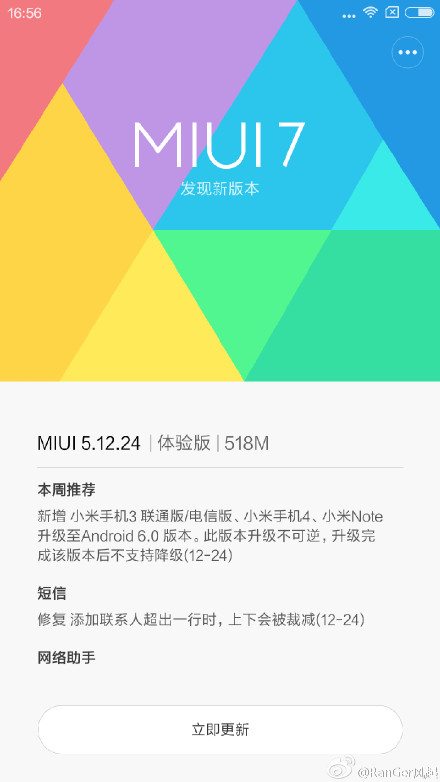 It is important to note that the Marshmallow update in question is a beta version, and is expected to have few bugs. The final and bug-free update should roll-out in few months from now.

Are you excited for the new features of Android 6.0?