As we reported earlier that Xiaomi Mi4 64GB version is scheduled for flash  sale in India on February 24. The smartphone went on sale through Indian e-commerce retailer flipkart at 5PM for the price of INR 23,999.

The Mi India has tweeted a thank you note to its fans stating “Mi fans! Thank you for supporting Mi in the the first sale of Mi 4 64GB” and confirmed the handset [highlight]out of stock in 1 minute[/highlight]. 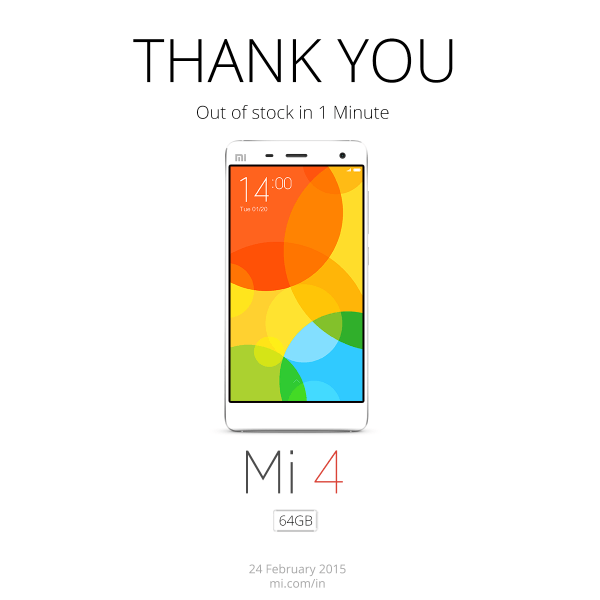 The Xiaomi Mi4 sports a 5-inch IPS touchscreen and is powered by a Snapdragon 801 chipset paired with a 3 GB of RAM. The smartphone packs a 16/64GB internal storage, and a 3080 mAh battery with Quick Charge 2.0.

The 16 GB model was also scheduled for the sale today at 2PM, however no stats reported by the company yet.