MobiPicker
News Xiaomi Mi4 32GB Variant Launched in China at $274
Share on Facebook
Tweet on Twitter
Deal Alert: 49% Off on ExpressVPN
Touted as #1 VPN in the world, ExpressVPN is now offering 49% off & an additional 3-months of service on its annual plans.

Today, Xiaomi has launched a new variant of Mi4 smartphone with 32GB built-in storage in China. The new handset is priced at 1699 Yuan ($274) and will be available for purchase starting tomorrow. Currently, the Mi4 was available in 16GB and 64GB storage options only. 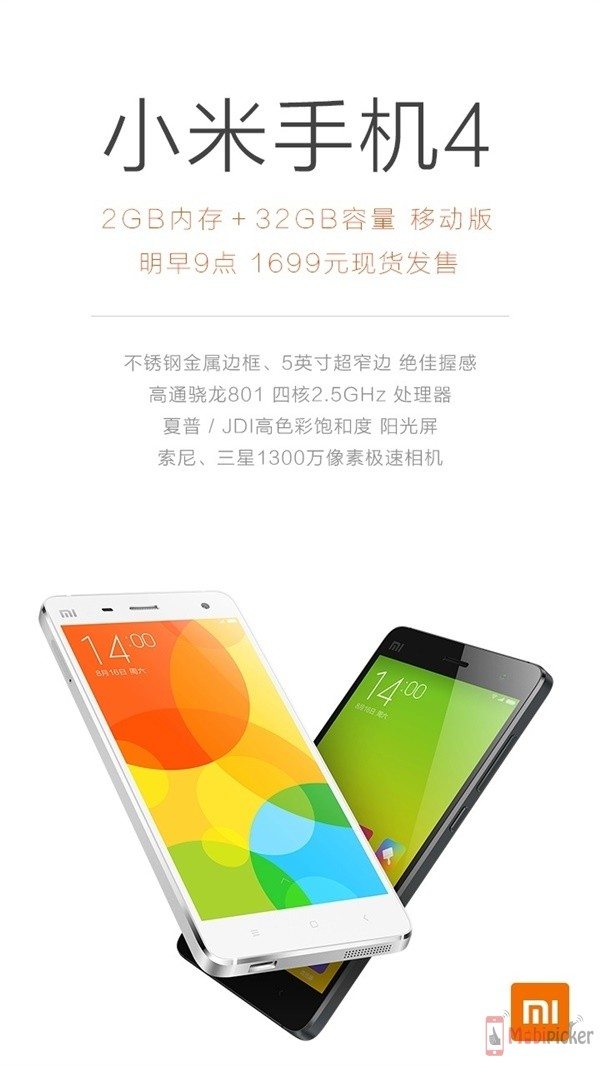 This is the first time when a Xiaomi handset will be available for purchase soon after its announcement.

Currently, it is not confirmed whether the smartphone will roll out to other countries or it is exclusive to China. We will let you know if any official confirmation arrives on the matter. Till then check out the other latest stuff on MobiPicker.