MobiPicker
News Xiaomi Mi 3 to go on sale in India tomorrow
Share on Facebook
Tweet on Twitter
Deal Alert: 49% Off on ExpressVPN
Touted as #1 VPN in the world, ExpressVPN is now offering 49% off & an additional 3-months of service on its annual plans.

Xiaomi posted on its official facebook page that, Xiaomi Mi3, which was launched in July 2014 in India will go on sale tomorrow (26th Jan 15). It was last went on sale in October 2014. 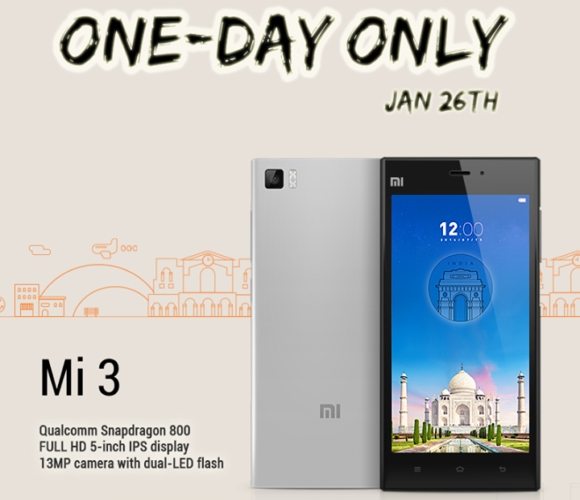 If you are interesting to purchase the device, you got a chance to do it tomorrow. You are required to follow three steps to participate in the sale:-

If you are fast enough at point 3, you will find a Xiaomi Mi3 handset in your shopping cart – complete transaction and your are done with your purchase.

We wish you all the best and waiting to listen your experience. Don’t forget to share!!