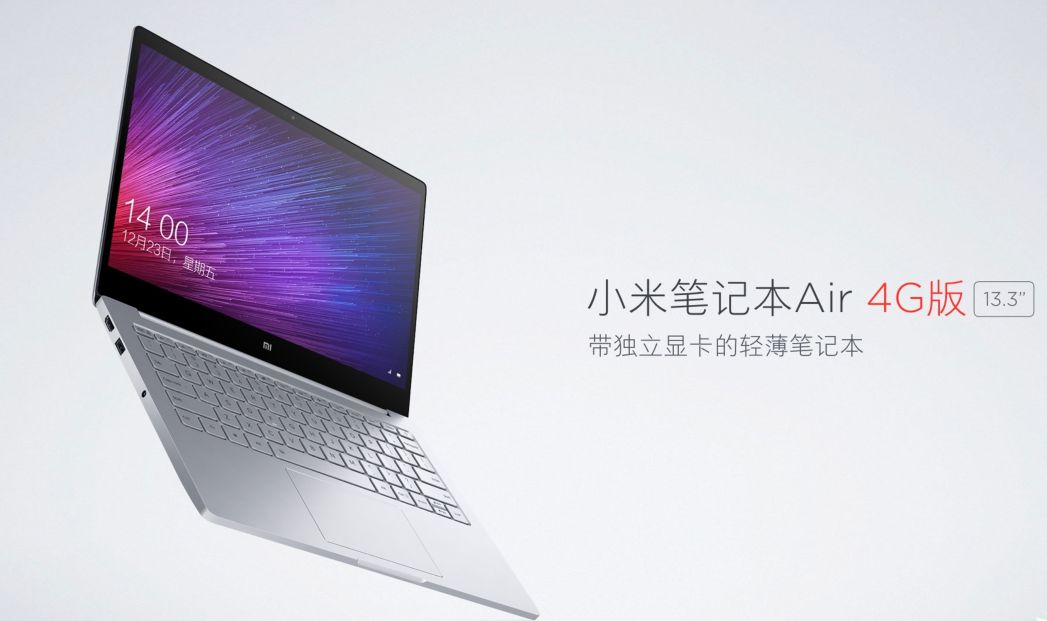 The current version of the device offers a 13.3-inch (or a 12.5-inch one) display with 1080p (1920×1080) resolution. Rumors, talking how the successor will sport a 4K resolution display, were wrong since Xiaomi decided to keep a 1080p resolution display in the Mi Notebook Air 4G, available in both screen sizes (12.5-inches and 13.3-inches). A bit disappointing, but it’s not the first time rumors proven completely wrong.

The Mi Notebook Air 4G packs sixth gen Intel Core i7 (2 cores, 4 threads, max clock speed of 3.0GHz) processor, NVidia GeForce GTX 940MX graphics card, 8GB of DDR4 RAM, and a 256GB SSD (PCIe). The new i7 CPU should provide 10 more power over the i5 used in the original model. The smaller (12.5-inch) version is equipped with Intel Core M3 processor, 4GB of RAM, and 128GB SSD (SATA). There is a slot for housing an additional SSD on both models. Basically, the only worthy upgrade is the presence of the Core i7 CPU.

The Mi Notebook Air 4G model sports a 4G LTE mobile data support, which should make it even better. The device won’t need a Wi-Fi connection. The feature was made in collaboration with China Telecom, with no SIM card slot and with 4 GB of free 4G data every month (48 GB per year).

The device doesn’t bring any radical design changes. Not that they were needed since the Mi Notebook Air already looks stunning. The device may end a bit thicker (dimension details are not available yet), but other than that the Mi Notebook Air 4G bears the same design as its older brother.