So a few days back, Xiaomi held a launch event in China and launched two great new phones. The first one is the Xiaomi Mi Note 2 with the curved display, and we were already expecting it, so no surprises there. However, Xiaomi also unveiled a totally unexpected smartphone at the same event, and it’s called the new Xiaomi Mi Mix.

Here’s what all the hype is about- Xiaomi Mi Mix is a phone that has been launched earlier than it was expected. It is a phone that, quite frankly, looks futuristic with its all-bezel look and the never-before-seen body-to-screen ration. The main highlight of the phone is the screen obviously, so let’s dive into some details. 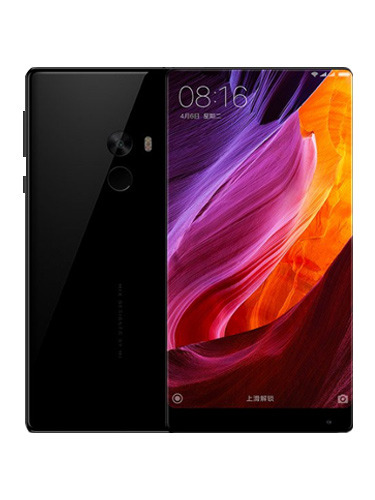 When Xiaomi kicked off its launch event in Beijing, the attendees were only expecting one phone- the Xiaomi Mi Note 2. Yes, the Xiaomi Mi5s was also being expected. However, things started getting weird and ‘secretive’ when they started mentioning about a new “concept” phone that they had been working upon. Philippe Starck, the French designer who helped shape the Mi Mix, took to the stage and talked about his design. But it was only when the Xiaomi CEO announced the pricing and availability that everybody realized it was real.

Xiaomi did a great job at keeping the Mi Mix a complete secret. And even if it would have leaked out in a couple of pics, no one would have taken a “concept” phone seriously. But Xiaomi surprised us all and proved that it’s not just another Chinese company trying to copy the big players. It is focussed at being a big player itself. The Xiaomi Mi Mix is the concept phone we have been waiting to get our hands on.

What’s So Special About the Xiaomi Mi Mix?

Clearly, the design and the display. You could easily mix up both when you see the phone. It looks like a display and not a phone at all. So thin are the bezels that you could look at the phone all day and wonder how they did it. You will not find any sensors or even the earpiece on the top portion, and there’s a small chin at the bottom with the front-facing camera. The camera placement on the front is pretty unusual, agreed, but it works, so issues.

The phone has got an almost bezel-less display with a body-screen ration of more than 90%! The display itself is 6.4 inches large, but the whole device will only feel slightly larger than most 5.5-inch smartphones. The back of the Mix is ceramic, and that’s where things can get a bit shabby. The back is so premium, so shiny, so lustrous, that is is a very attractive fingerprint magnet, and you will find yourself wiping it again and again with a micro fiber cloth. But compromises have to be made somewhere, right?

The proximity sensor and the earpiece are beneath the display on the top part of the screen, and they work perfectly well without any hiccups. The fingerprint sensor sits at the back with the rear camera. The Xiaomi Mi Mix is 7.9mm thick and 209 grams in weight. Overall, it’s a very, very beautiful device that will surely grab eyeballs in a stylish manner.

The Xiaomi Mi Mix’s glory lies in its looks and the bezel-less display. Underneath, it’s no slouch either. It offers the latest Qualcomm Snapdragon 821 processor coupled with 128GB internal storage and 4GB of RAM. We are sure the phone will never slow down and will easily compete with other flagships that cost double than the Mix. The phone comes with a good 4,400mAh battery and has got a USB Type-C port. There’s a 5MP front camera and a 16MP rear camera. The Xiaomi Mi Mix Pro model comes with 256GB internal storage, 6GB RAM, and 18k gold trim around the camera module and the fingerprint sensor; a truly premium package.

The Xiaomi Mi Mix starts at US$ 517 and will be available in China from November. We don’t know yet whether or not the phone will reach international markets; we can only hope. Xiaomi has made it clear that the Mi Note 2 will remain in China only, shattering the hopes of international fans. Nevertheless, Xiaomi needed to prove and point and it has done it admirably with the Mi Mix.

So if you live in China or if you are ready to pay hefty rates to online retailers, do not refrain from buying this beautiful piece of technology. You will be proud to show it off!