Xiaomi has been making waves in terms of mobile devices. Apart from being cheap and cheerful, its products are also well built. Furthermore, Xiaomi is taking it upon itself to bring the best technology to the public as soon as possible. The company was the first to release a first bezel-less Android smartphone in the market. Although the Xiaomi Mi Mix is limited to China only, there are reports circulating that the update, the Xiaomi Mi Mix 2, will be sold globally. 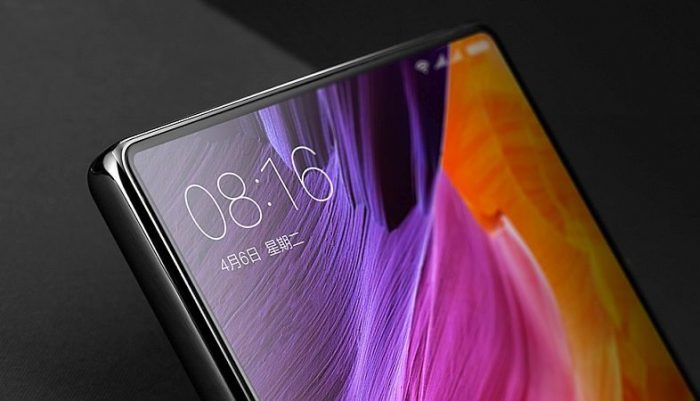 According to Android Authority, there is a strong chance that Xiaomi will sell the Mi Mix 2 globally. This is due to the fact that the company had a big success during the previous Mobile World Congress (MWC 2017) in Spain. Furthermore, it would seem that there is a huge market demand for Xiaomi’s bezel-less phone.

Unfortunately, the while the phone looks sophisticated and grand, it does come with a caveat. The massive 6.4-inch curved-edge OLED display will, in a way, become more a nuisance than good. According to various online comments, since the bezel on the Xiaomi Mi Mix 2 is practically nonexistent, there is a strong chance that it may trigger false inputs. Bezels are not just for the screen’s protection, it also makes it easier for the system to prevent false inputs by having gaps between the edges of the screen.

Xiaomi would have to think of a clever way to avoid this from happening. Perhaps a fancy firmware will prevent the screen from acquiring false inputs from the user.

At the moment, it seems that consumers are pretty excited for the Mi Mix 2. The rumoured 93 percent screen coverage is enough to make anyone drool over it. Furthermore, performance-wise, the Xiaomi Mi Mix2 is a powerhouse. Equipped with the latest Snapdragon 835, 6GB of RAM and 128GB of flash storage to boot.

Unfortunately, the are no updates yet as to when the phone will come out. Furthermore, Xiaomi has not disclosed yet how much the phone will be. However, basing on the previous model, one can expect the Xiaomi Mi Mix 2 to cost between $550 to $650.