It’s just three days left before the Xiaomi Mi Max goes official, and we have got almost all the information about the phone. We know what it will pack internally and how it will look, but that does not stop photos from being leaked out. And again, it’s Xiaomi CEO Lei Jun who has posted some new Xiaomi Mi Max real life photos on Weibo. 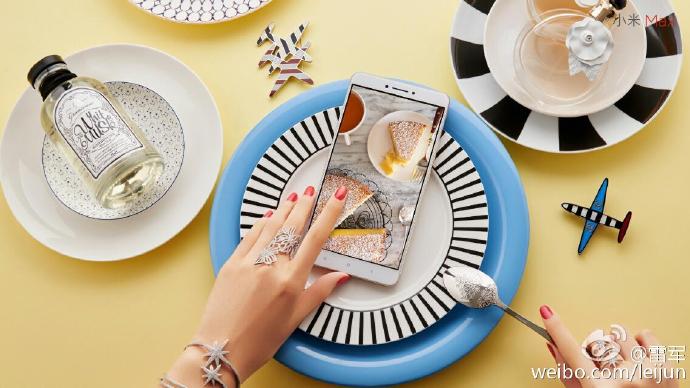 As you can see in the colorful and vibrant images, the CEO clearly wants to attract our attention constantly towards the large screen of the Mi Max. Okay, we get it, the phone has a large 6.44-inch screen. But all the three photos show the display only, and it would have been better if Lei Jun had posted some more shots of the sides as well as the rear of the phone.

Anyway, the phone looks large and the bezels are thin. We would have preferred on-screen navigation buttons given such a large screen, but the Xiaomi Mi Max has got touch capacitive buttons right under the display; we hope the buttons will be backlit at least.

The Xiaomi Mi Max will be powered by a Snapdragon 650 processor and will carry 3GB of RAM along with 32GB of onboard storage. The phone is going to get launched on 10th May, so stay tuned for more updates.