MobiPicker
News Xiaomi Mi Edge with Curved Edge Display Coming in October?
Share on Facebook
Tweet on Twitter
Deal Alert: 49% Off on ExpressVPN
Touted as #1 VPN in the world, ExpressVPN is now offering 49% off & an additional 3-months of service on its annual plans.

The unannounced Xiaomi Mi Edge is only a rumor as of now. Having a curved edge on either side of the handset, the phone allegedly resembles something like Samsung Galaxy S6 edge. The Chinese technology website MyDrivers, and the famous Weibo tipster @KJuma have both been passing along rumored specs and pictures of what they anticipate inside as well as outside the Mi Edge, and it all begins with the 5.2-inch curved edged display that wraps around both sides of the handset. Using a 1440 x 2560 QHD resolution display, the phone features a pixel density of 565ppi. 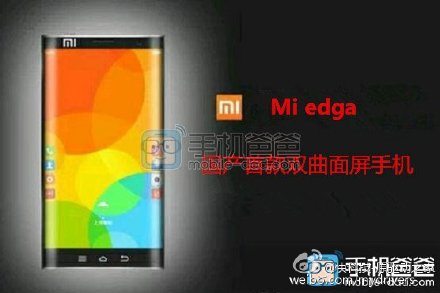 On the basis of the gossips, the Xiaomi Mi Edge is powered by the Snapdragon 808 SoC, which offers a hexa-core processor and the Adreno 418 graphics processing unit. 3GB or 4GB of RAM is indoors, and there’s some conjecture of a fingerprint scanner being put on the unit. The phone is likely to release in October, priced at approx. $391.

Needless to say, nothing is official from the Xiaomi, so take the story with a big does of salt. We will keep a close eye over the device, and will update you as and when we will receive additional details. Stay tuned.